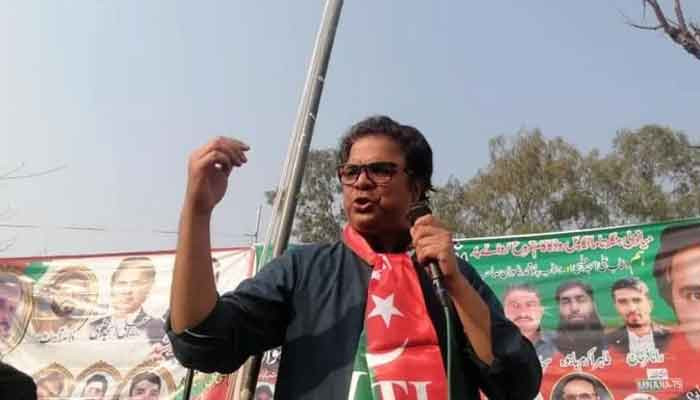 A detailed investigative report found evidence that attempts were made by the administration to manipulate the by-election in NA-75 Sialkot. Firdous Ashiq Awan, who at the time of the incidental ballot was the special assistant to the Chief Information Minister of Punjab, is named as being present at a meeting held to “manipulate the electoral process”.

Disturbingly, on election day, February 19, 20 election presidents (POs), responsible for collecting election results in their respective polling stations and sending them to the electoral commission, disappeared.

The 20 officers were taken to an undisclosed and secret location in Sialkot and held in detention for seven hours, the report added.

Where were the men and women who disappeared on election night? Here’s how some of the presidents explained their disappearances to investigators:

That night, Dogar said he could not send the WhatsApp-45 form to the returning officer (RO) because his cell phone had turned off due to low battery.

He added that the police took him to a place he did not know and it took him nine hours to reach the local election office because the police told him that they would escort him when all other vehicles. police would arrive.

As the poll closed, Maryam said a police officer told her to hand over her cell phone. He then grabbed the ballot bag lying on its right side. When she asked where they wanted to take her, one of them replied: “We don’t know, a car is parked outside, sit in it because those are the orders of the high places.”

Later, in an unknown location, 600 ballots were stamped by two people and forged signatures were added. The police officer also gave him a word-for-word dictation for Forms 45 and 46, then affixed his signature and thumbprint to these forms.

Maryam explained that even today she is under constant pressure, and officials including Mr. Qamar-uz-Zaman, the District Assistant Education Officer, Daska also visited her.

“Their very request was to develop a monotonous reason accusing the fog of being late after the poll and the low battery of the mobile for not having sent the result via WhatsApp,” she told the inquiry committee.

Shaheen criticized the slow internet for not being able to send results electronically. Explaining the reason for arriving at the election office seven hours late, he said he took a longer route to avoid the crowds.

Jehan also said weak signals on his cell phone prevented him from transmitting the result from his polling station. However, later, in a confession statement submitted to the Board of Inquiry, he admitted that he was not allowed to send the result via WhatsApp because the police took his phone. He was then taken to the DSP Pasur office, then to a factory where his ballot bag was torn off.

In his statement, he added that at the factory, he and other POs with him were asked to sign a “fictitious result already prepared and were threatened with bitter consequences if they had denied”.

Previously, he had said he had not told the truth because he and other officers had been threatened and warned that they would lose their jobs.

Imran also put the blame on the poor network. The police, he added, made him sit in a private vehicle. When he asked them to return his cell phone, they replied: “It is not necessary”.

Later in his confession, he said, he too was threatened and because he is poor, he could not afford to lose his job.

Khalid said his cell phone was turned off due to battery issues. As to why he arrived late at the polling station, he claimed his car had engine problems and the tire also needed to be changed.

Mehmood also said his phone was taken, adding that the police gave him “a false result” and told him to drop it off at the RO office.

Ahmad blamed the “extreme fog” and blocked traffic lanes for the delay in reaching the office with the result. However, according to the report, he could not explain how his polling station had an 86.5% turnout and why 155 votes were rejected.

Butt had the most surprising reason for missing for several hours. He said that between 9:30 p.m. and 4 a.m. he sat in the car for six and a half hours.

The Emily Ratajkowski you will never see