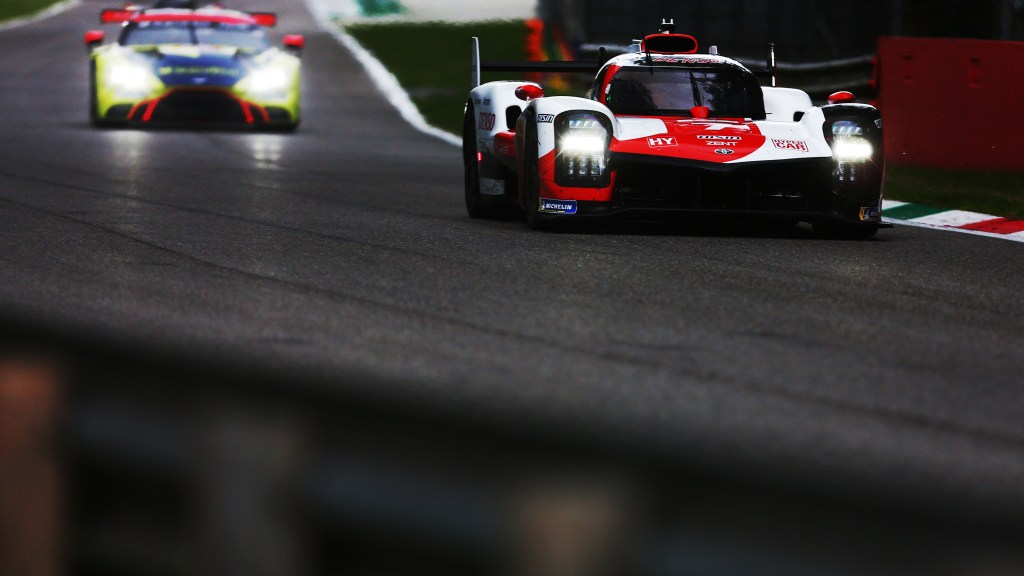 Toyota Gazoo Racing’s # 7 GR010 HYBRID clinched a well-deserved victory in the first 6 Hours of Monza FIA WEC, overtaking the competition in what turned out to be a race of wear and tear under the Italian sun.

It was a deserved first win of the season for Mike Conway, Kamui Kobayashi and Jose Maria Lopez. The trio were clearly the fastest in the class during practice and qualifying, and during the race. It wasn’t just six hours, however, as a puncture and a technical error forced Kobayashi to stop on the track and endure a power cycle that cost the team – and the lead – a minute with a just under two hours to go.

The n Â° 7 crew had to spend the last third of the race fighting to win, helped by a yellow end of race all the way which allowed the n Â° 7 to make its last stop in neutralized conditions, making him leap up the Alpine which had inherited the leadership earlier after the aforementioned problems for the GR010.

â€œThe car has just stopped. I couldn’t find a safe place to stop, â€Kobayashi explained. â€œWe had to shut it down completely, which cost us time. It’s a shame because we had a reasonable margin. We had to push again and we took risks. We did a great job, and in the end we managed to win, so I’m grateful for the team – we did a great job.

“We are lucky that this happened before Le Mans so that we can investigate.”

It was a disappointing end for Alpine, who fought the entire race and managed to keep it clean, coming home with no issues. But the pace was not quite there, and the team being forced to make a final stop longer than Toyota cost Matthieu Vaxiviere and the whole team dearly in their attempt to win. However, a reliable run and second place are a good result and give us the tempting prospect of a close battle at Le Mans next month for the overall victory.

Toyota and Glickenhaus had issues with both of their cars which made the end result totally unpredictable. Beyond the victorious Toyota and Alpine, the other cars suffered major tragedies.

The worst of the field was No.708 Glickenhaus, who started their first WEC race on just seven cylinders, forcing the team to pitch the car in the first FCY to resolve the power loss. From then on, it was a fair battle to keep the car going, with Gustavo Menezes, Pipo Derani and Olivier Pla completing only 90 laps before retiring.

Toyota’s No.8, meanwhile, saw its chances of a successful finish ruined when the car suffered a series of problems. Brendon Hartley got scared when a piece failed up front in the braking zone of Turn 1 in the second hour, forcing him to continue straight ahead and forcing him to avoid a slower GTE car. The car then stopped due to a fuel pressure problem.

“It’s not their day – we are looking at the fuel pressure,” said team manager Rob Leupen from the Toyota stand. â€œWe changed the fuel manifold and dismantled everything around the fuel tank. Two problems; the first was related to the fuel pressure, created by the settings, the second is something we need to study.

As a result, the car was forced to do short stints and finished at 43 laps.

Glickenhaus’s sister car finished in the top five, but a brake change after struggling to the front in the finals following the setbacks of No.7 spoiled any chance of a podium finish for Richard Westbrook, Franck Mailleux and Romain Dumas. It was, however, a solid and encouraging performance for the No.709 on her second outing in the WEC, and Westbrook’s struggle to secure fourth overall late in the race served as a sort of bundle of consolation.

A place on the general podium as well as a victory in the LMP2 category for Phil Hanson, Fabio Scherer and Filipe Albuquerque of United Autosports. Motorsport images

The winning car in LMP2 took last place on the overall podium. United Autosports’ No.22 ORECA was the car in question, Phil Hanson, Filipe Albuquerque and Fabio Scherer all flawlessly dominated the category. It was a true performance by champions, which saw them finish one minute ahead of the competition in the hotly contested category.

â€œI couldn’t be prouder of these boys,â€ Albuquerque told WEC TV. â€œIt’s Phil and I who are on the first podium in the general classification. The car was just amazing. We were in the top two all weekend, the car was so fun to drive. Phil did well to take the lead early, it was a perfect race after that.

WRT ORECA took second, losing fourth overall to the surviving Glickenhaus in the final hour of Turn 1. The Belgian team will be pleased with a strong race to the podium that saw them finish with a half a minute ahead of Racing winner LMP2 Pro-Am. Team Nederland ORECA would surely have finished better if it hadn’t been for a speeding penalty in the pit lane.

Inter Europol’s ORECA took fourth place in the class, after also being penalized, but for a collision at turn 1. JOTA’s No. 28 07 Gibson completed the top five after coming last in the class. . A good result recovered for the British team after its other ORECA, the n Â° 38 suffered multiple problems which took it out of the race, 77 laps from the lead.

GTE Pro has been tight throughout, with next to nothing to separate the two factory Porsches and Ferraris around Monza’s â€œTemple of Speedâ€. On this occasion, it was the Porsche n Â° 92 of Kevin Estre and Neel Jani who took the victory, the second duo of the season.

The No.92 started from pole and led most of the race. The No.51 AF Corse 488 GTE Evo by Alessandro Pier Guidi and James Calado briefly led after the safety car period in the first half of the race for the TF Sport puncture, but the No.92 edged out the No.51 in the race. of the next set of stops thanks to some quick work in the pits and held the station from there.

It wasn’t an easy win though, as Pier Guidi was right behind Estre in the dying minutes, keeping up the pressure until a last minute splash solidified the result.

â€œIt was full of gasoline – it hasn’t been this close in years,â€ Estre said. â€œWe had just enough performance. We splashed in the yellow final of the full course, they didn’t, so we thought they would finish, but they couldn’t. I was ready to make the car much wider! He and Jani are now leading the race for the GTE drivers’ title.

The # 91 Porsche outlasted the # 52 Ferrari to take third place in the class, with the pair separated by just 3 seconds.

AF Corse, however, won the GTE Am, with the n Â° 83 staging a masterclass from the back of the grid to claim a resounding victory. FranÃ§ois Perrodo, Nicklas Nielsen and Alessio Rovera all ran flawlessly in pursuit of victory.

Behind, the final podium places were decided on the very last lap, when Augusto Farfus in the # 98 Aston Martin Racing Vantage overtook Tomonobu Fuji’s D’Station Vantage for second place after several streaks that resulted in saw the pair run side by side.

Behind, the No.56 Porsche Project 1 finished fourth just off the podium, and the No.77 Porsche Dempsey completed the top five.

There were a few teams in Am that will leave Monza disappointed. TF Sport fought to take the lead, but a puncture from Ben Keating as he raced down the descent to Ascari forced the team to pit the Vantage against long repairs in the front left corner .

Cetilar Racing and the Iron Lynx No.60 Ferrari were also at war. Cetilar’s chances of securing a second consecutive victory ended early in the race, when Roberto Lacorte lost control of the rear of the car as the second Lesmo exited. The Italian was thrown into a spin which pushed him back into the barriers to the pilot’s right. Due to results elsewhere, remarkably, Cetilar still leads the Am title race despite a disastrous home run.

Iron Lynx, meanwhile, barely started the race after his No.60 488 failed to set a qualifying time after a serious incident in practice, then quickly found itself in the garage. with overheating problems. The car only completed 36 laps. Cetilar Racing and TF Sport are respectively 11th and 13th.

FOLLOWING: The 24 Hours of Le Mans will take place on their postponed date from August 21 to 22, where the full season WEC cars will be joined by guest cars from IMSA, the European and Asian Le Mans series for the 89th edition of the biggest auto racing event.