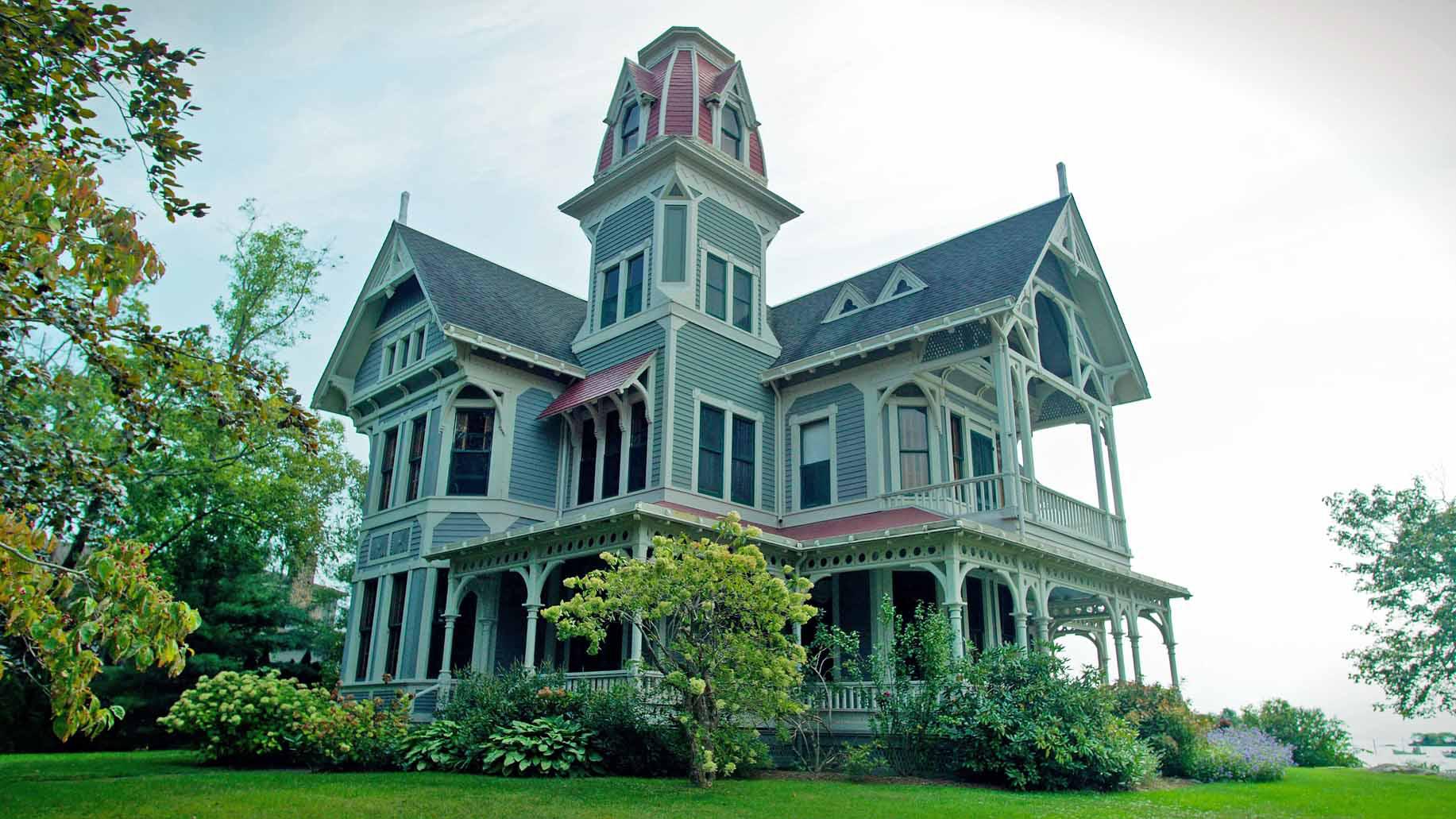 The film ‘Born on the Water’s Edge’ celebrates the history of Stony Creek, Thimble Islands

BRANFORD — Among the first stops on the Sea Mist Thimble Island cruise is Governor Island.

“He was named after a goat, someone called him governor,” says Sea Mist captain Mike Infantino in the documentary “Born on the Water’s Edge: A History of Stony Creek.”

Governor the Goat, it seems, is also a measure of the charm and whimsy of Stony Creek and the Thimble Islands evoked by the 28-minute piece.

Directed by Dana Springer, who grew up in Stony Creek, and narrated by Branford native Chris Velardi, formerly of WTNH, the documentary, a Stony Creek Museum production, features lush cinematography from Emmy Award-winning Mike Zaritheny. , videos and stock photos. , and colorful interviews with characters from the village.

According to executive producer Mary Lee Weber, Legacy Theater screened the documentary in April and June. Last Saturday’s performance was sold out. The next screening will take place on September 17.

There is no charge for viewing. “It’s a gift for the community,” she says.

Weber said the hardest part was showing the piece to the very group the piece was meant to celebrate.

“The Creekers know their history,” she said, referring to “someone who was born in Stony Creek or someone who came to visit and never left,” as Creeker Bill McDonald, whose village oil paintings adorn the documentary.

The documentary delves into what Stony Creek is perhaps best known for: its famous pink granite, as well as the Thimble Islands, its people, and the tour boats that bring them to life for the rest of us.

There’s an interview with Sandy Stoddard, whose grandfather built a house on the Isle of Kitts in 1907 that has been in his family ever since.

The thimbles, he tells us, “are made of granite, they were actually remnants of the great glacier in Wisconsin that came down and carved out the granite and that’s what gave us the islands.”

“Our island is very primitive compared to most,” he says. “We have seven houses, we have no electricity or running water.”

This means, he says, “when dinner is over, we gather around the table and there are lots of card games and board games to play and, more importantly, there is conversation, and most islands are a bit like that.”

Then there is pink granite.

There is an interview with former First Selectman Anthony “Unk” DaRos, whose great-grandfather Pietro came from Italy in 1890 to work in the quarry, among the various waves of immigrants – from Ireland , Sweden, Finland, England and Scotland, among other countries – to settle in Stony Creek in the 1800s.

They came with their families, we learn, creating a need for housing and schools, grocery stores and pharmacies, hair salons, saloons and a movie theatre. But above all they came to extract the granite.

“Stony Creek is one of the only quarries in the world where you can quarry massive blocks flawlessly,” says DaRos, who has quarried himself during the winters. “They don’t have any cracks, they don’t have any seams, it’s just a really big piece.”

That’s why it’s been used all over the world, from Grand Central Terminal at Columbia University to Grant’s Tomb, Brooklyn Bridge, Boston’s South Station, and the Commerce Building in Washington, D.C. .

For DaRos, it seems, the distinctive pink rock finds its greatest glory in the imposing West Point monument, which was unveiled in 1897. Said to be the tallest polished granite column in the Western Hemisphere, “It measured six feet in diameter at the base, five feet at the top, stood 46 feet, and weighed 93 tons,” DaRos explains.

The documentary includes segments on the golden age of summer hotels in the 1840s, including Thimble Islands Hotel; about the 1938 hurricane that, according to Branford town historian Jane Bouley, no one saw coming; about the legendary Stony Creek Fife and Drum Corps, which began in 1886 with men who were drummers during the Civil War.

It also highlights the unique nature of the region, legends and myths of Captain Kidd bringing treasure in thimbles; to the architecture of the village, including the whimsical design of the 1883 Stick-style Victorian Ells House with its multiple stories, steep roofs and monumental tower; to Anna Milne, captain of the Thimble Islands excursion boat Volsunga IV, among the five percent of sea captains in the world who are women.

No more, perhaps, than the recently restored Legacy Theatre, which in 160 years has metamorphosed from a non-denominational chapel into a silent movie theatre, a summer theater starring Orson Welles, a parachute factory of World War II, a ladies’ underwear factory and a puppet theatre.

“It was a labor of love,” said Weber, the executive producer. And there may well be a sequel.

“The more we screen this, the more we learn that there are so many people interested and excited about the story, and so many more people who are willing to share their stories,” she said. “There is such a wealth of history here.”

“Born at the Water’s Edge” will be presented at the Legacy Theatre, 128 Thimble Island Road, Branford, on September 17 at 5 p.m. To reserve seats, free of charge, visit legacytheatreect.org.