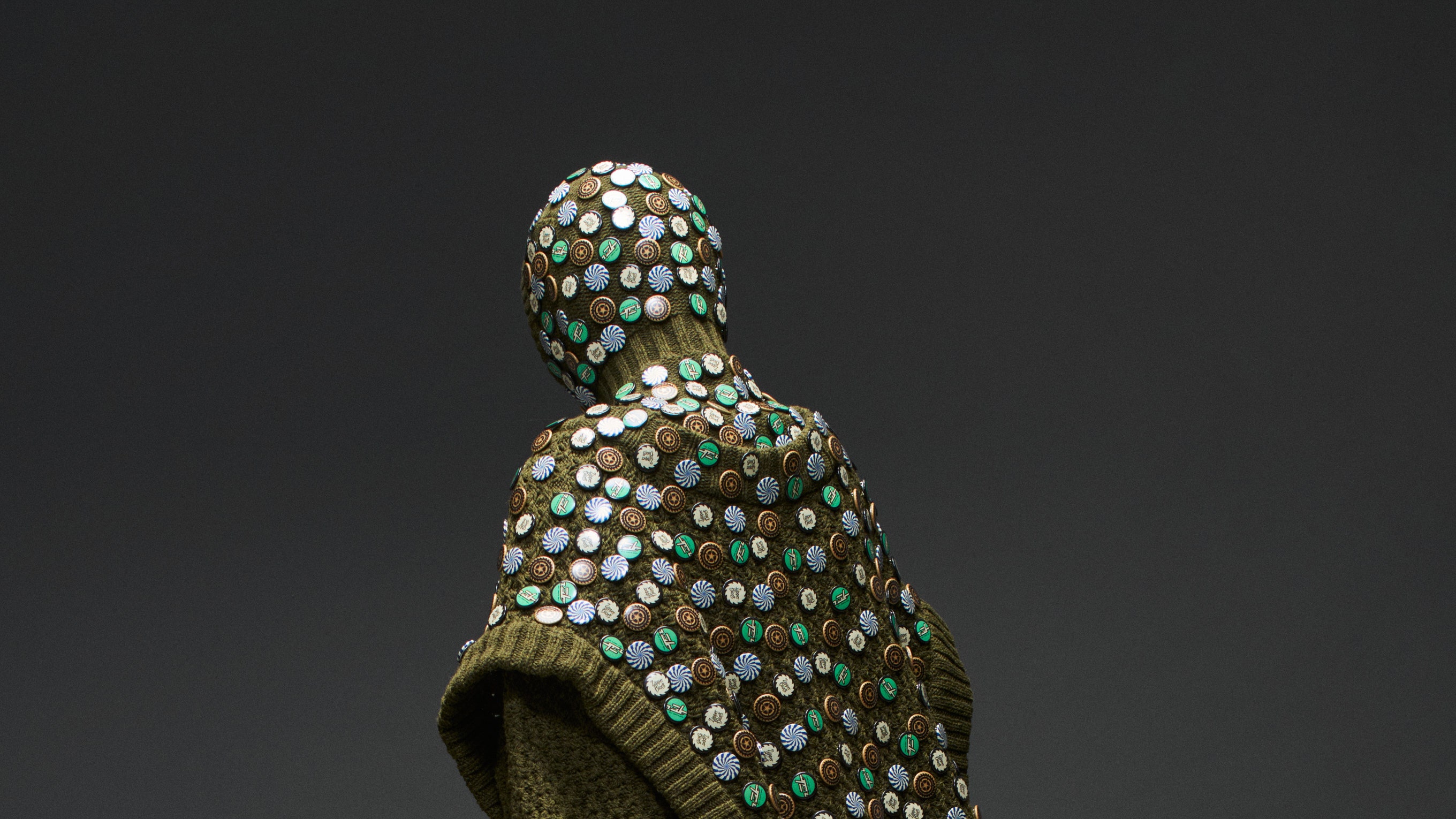 Thoughts on what might have inspired Rolf Ekroth’s highly tactile fall collection, which draws inspiration from his own nostalgia for the ’90s. Its track, Zipper Blues, is borrowed from the lyrics of the Smashing Pumpkins hit “1979”, and the designer, speaking through Zoom, is candid about his own melancholy and the difficulties that come with being a freelance designer. However, you won’t find any of this in clothing; Ekroth says this season’s lineup is one of the happiest he has created.

The more carefully you go through the lookbook, the more there is to marvel at. Ekroth’s love for the craft is most dramatically manifested in a hairy pink “monster” sweater that happened, he says, by accident. “I had these ropes lying around my desk and they kind of became my stress reliever toys, so I started fraying them. Then it hit me: if you saw a lot of these frayed things next to each other, they start to look like faux fur. And that was it; so it was just time to go. I think my parents and I frayed the ropes for over a hundred hours. Equally intricate is a crochet sweater that is then hand-laced; More subtle is the intricate pattern of this season’s motorcycle pants, reminiscent of the fast-paced times Ekroth spent with his cousins.

Ekroth’s emphasis on functionality and protection is timely, but it’s also extremely personal, drawn from personal experience (the designer came into fashion late after pursuing other interests) and his love of Finland. The two come together in a tubular macrame bag that looks like a roll of camping blanket, in the colors of the country’s flag. Ekroth served in the military and has first-hand experience of how clothing can be functional and convertible, which is what he appealed to when creating his sleeping bag looks, which are essentially flat rectangles with a zipper and drawstrings that can be manipulated to create volume and shape. An oversized gray wool flannel suit is also beautifully formed, consisting of an oversized, almost cocooning jacket coat with side zippers and loose pants.

Each brand has some sort of accessible ‘entrance’ room; here is responsibly dyed hoodie. It can be frustrating to think that this is what will sell when there is so much more to the work of this designer. In the future, Ekroth might consider skipping graphic text on his pieces, which may appear layered rather than built into a piece. Who needs text when we can have talismans, anyway? For fall, this recurring theme takes the form of glow-in-the-dark pins (see the first look) sprinkled over a knit ensemble consisting of a sweater, a balaclava of the moment and a short cape in knitting. Calling all superheroes….

How a Mississippi teacher broke free from her payday lenders