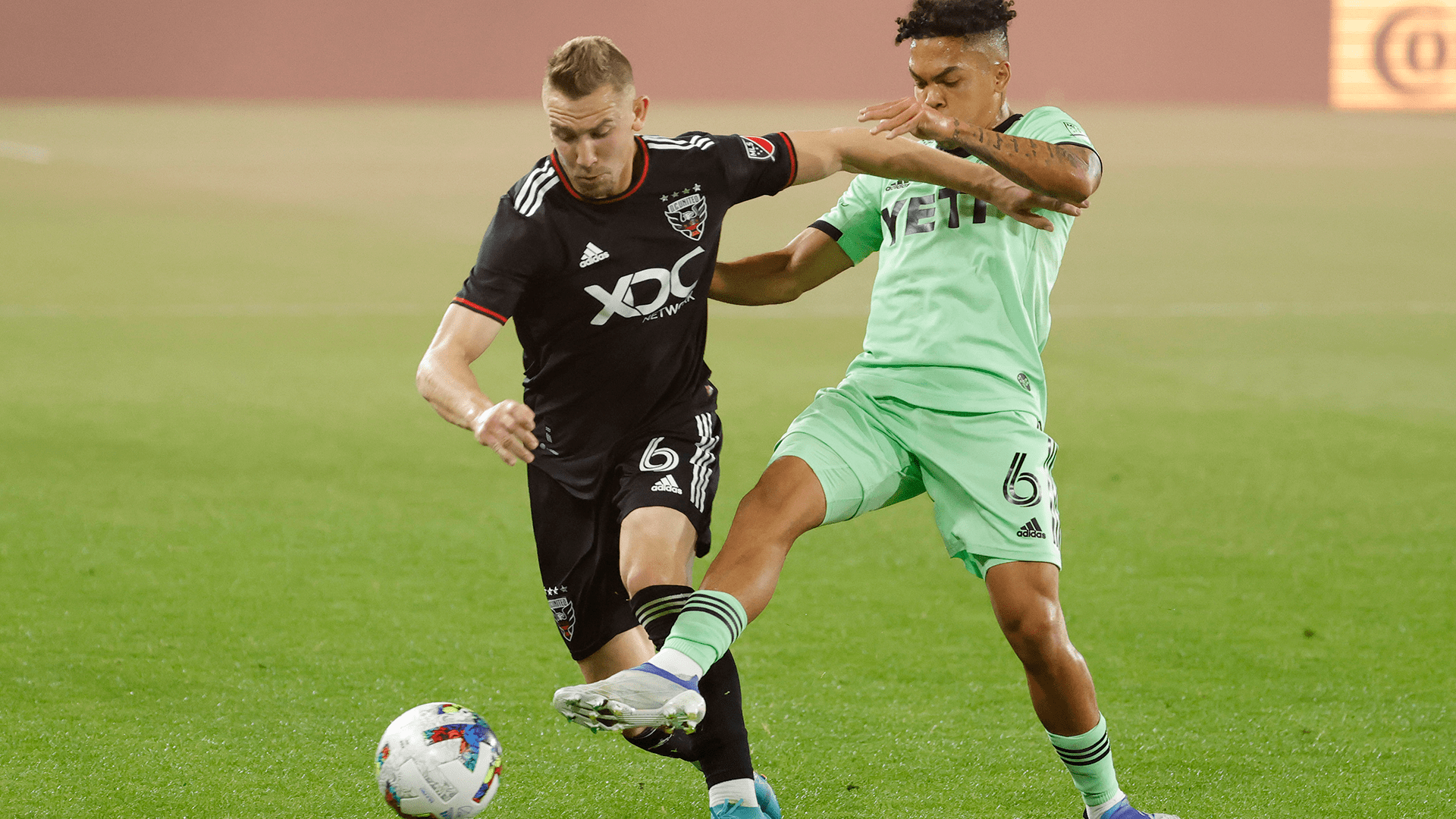 After a fairly dominant start to the game, including an apparent goal from Kamara called offside five minutes later, he opened the scoring in the 26th minute. Then, after an apparent Diego Fagundez equalizer in the 32nd minute also withdrawn for offside, Kamara got his second in the 40th in the same way as his first.

The first half ended in crazy fashion, however, with Austin FC missing the opening goal on a wild streak of several shots, including Julio Cascante hitting the crossbar with a header in the 45th minute. And then, deep in first-half stoppage time, Kamara fouled Sebastian Driussi just outside the penalty area on the baseline, earning a yellow – his second, because he had gotten his first for a shirt-removal celebration after his first goal.

Austin struggled to get going offensively in the second half, however, but finally broke through against the DCU at 10 in the 80th minute, sub Danny Hoesen converting from a Fagundez corner for his first-ever Verde goal. Five minutes later, Driussi equalized to set up a thrilling finish, with centre-back Ruben Gabrielsen rounding off the unlikely 90th-minute finish and then helping the defense hang on for nearly 10 minutes of stoppage time.