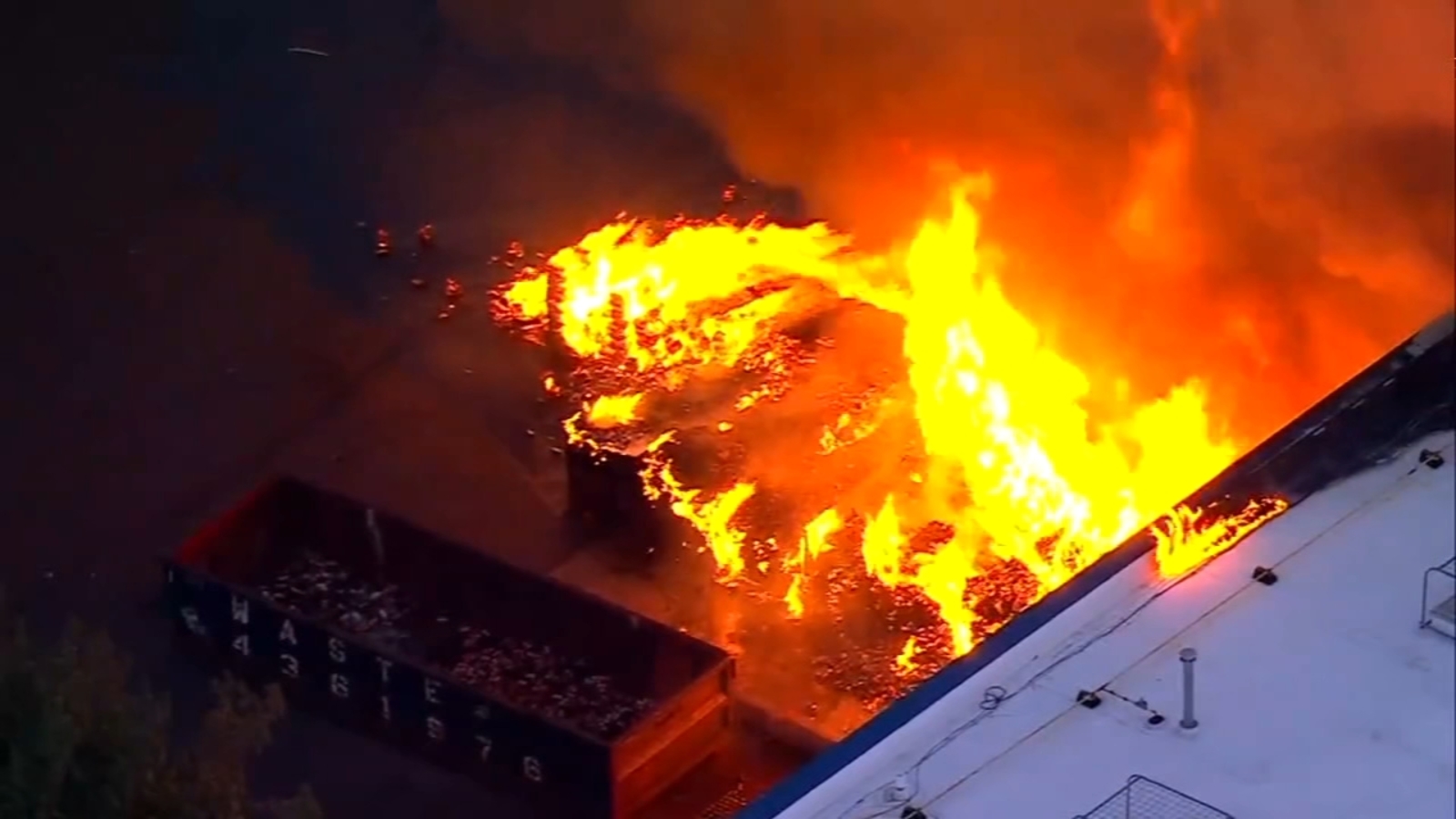 Police say the fire started just after 6.30pm on Tuesday and spread to a fifth alarm at the building in Piscataway, Middlesex County.

Witnesses said they heard loud bangs coming from the scene.

“It was like a good seven to eight loud noises. I was like ‘what’s going on? “, Witness Jamel Davis said. “I see all this fire and explosion and everything, all this smoke coming from the sky – it was pretty incredible to me, I’ve never seen so much black smoke, thick smoke in the sky like that.”

No other injuries were reported.

Police said there were no signs of the structure’s potential collapse.

Red Cross volunteers were on hand to provide services to first responders trying to put out the fire.

“A fire broke out outside the Pepsi plant and warehouse in Piscataway, NJ on Tuesday evening. Details of how the fire started will be under investigation. First responders are working on site to ensure the fire is brought under control and extinguished quickly. All employees and bystanders at the facility have been evacuated without injury.”