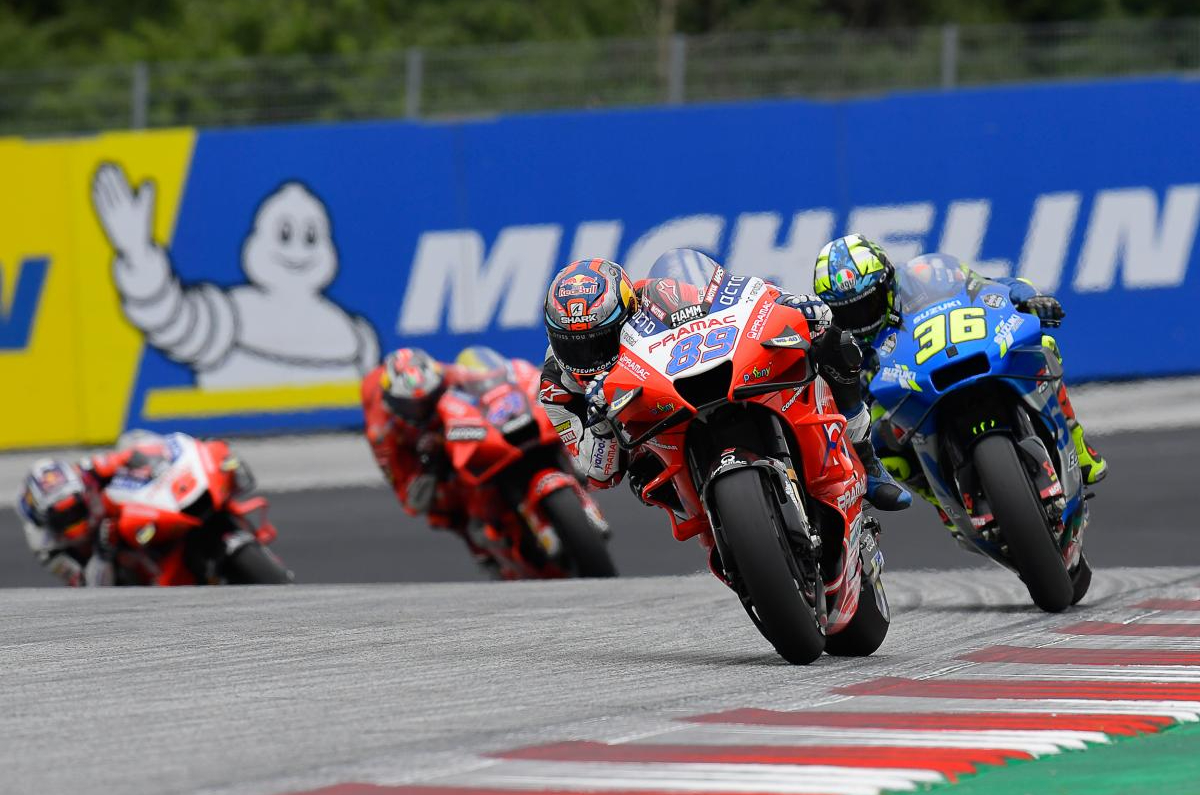 Jorge Martin of Pramac Ducati claimed his first MotoGP victory in the action-packed Styrian GP. The rookie has spent most of this season in rehab, following injuries sustained in a big crash earlier this year, making his victory all the more incredible.

Martin surprised the crowd by taking pole at the Red Bull Ring at high speed. On Sunday he had a brilliant jaunt as the lights went out. However, a few turns later, he was caught and passed by Fransesco Bagnaia on the Ducati factory. The rookie kept his cool, amid increasing pressure from Joan Mir on the Suzuki and Fabio Quartararo on the factory Yamaha as the race continued.

The race took a dramatic turn with 26 laps to go when Dani Pedrosa, Red Bull KTM’s wildcard entry, crashed in the middle of the track, and Aprilia’s Lorenzo Savadori crashed into KTM. There was carnage with spilled fuel, oil and motorcycles on fire, prompting the race to be reported.

Just before the red flags went out, Martin had managed to enter P1 and that meant he was back in the lead. He made a brilliant launch with Jack Miller and Joan Mir of the Ducati Lenovo team chasing him. Mir quickly moved up to second with Jack Miller struggling to keep in touch. Unfortunately, the Australian crashed trying to keep up with the Suzuki’s superb cornering speed. The factory Suzuki motorcycle, in fact, benefited from the introduction of a new ride-height lowering device, like on Ducatis and Yamas. It allows for better traction out of the corners, which allowed Mir to stay in contact with Martin’s Ducati for most of the race.

But try as much as he did, Mir couldn’t get past Martin’s Pramac Ducati, which then crossed the line 1.5 seconds ahead of the Suzuki. Mir kept his cool and settled for second place, keeping the big picture of the 2021 Championship in mind. After all, it was consistent podiums that helped Mir win the World Championship. MotoGP 2020. Speaking of the championship, Fabio Quartararo is still in the lead with 172 points, having finished third in the race.

Special mention must be made to Brand Binder on the Red Bull KTM factory machine, which went from 16th to 4th at the end of the Race. This gave KTM something to recoup in their home Grand Prix, after Miguel Oilivera’s disastrous race. Dani Pedrosa finished in 10th position, bringing some joy to the KTM camp.

The next race will be on August 15, again at the Red Bull Ring in Spielberg.

John Abraham on his love for MotoGP, being a Rossi fan and more