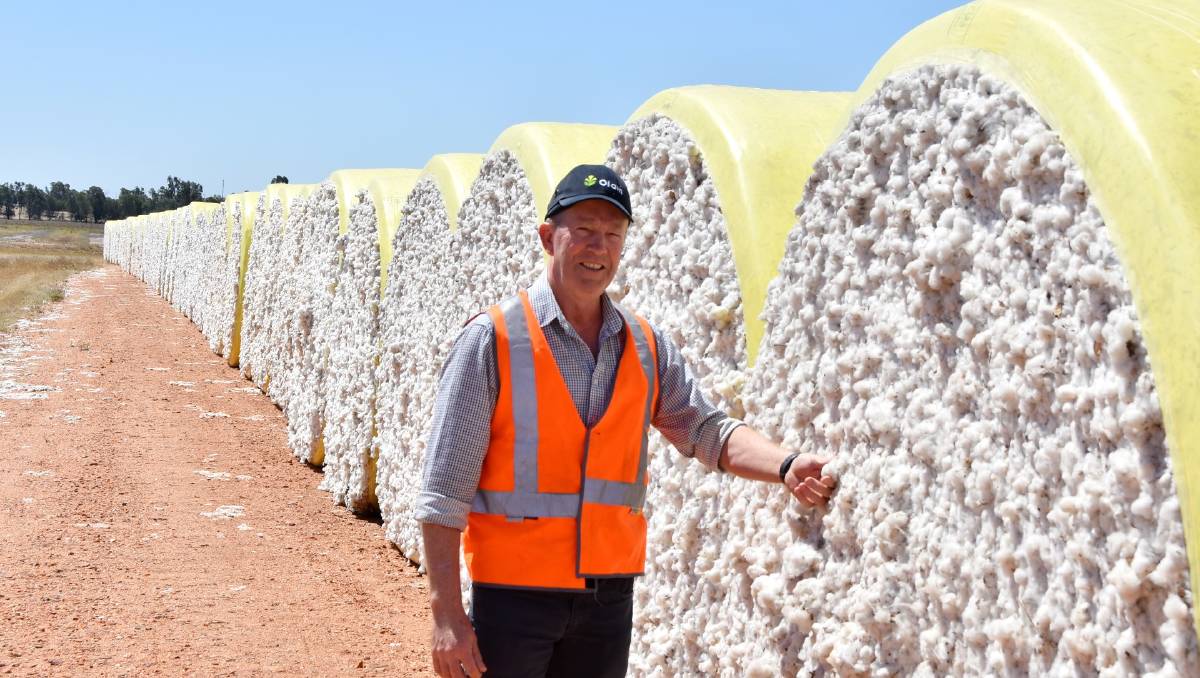 ‘mixed bag’ of the cotton season of the central highlands 2020-21, yields increase in the north | North Queensland Registry

As the cotton season begins, the last cotton bales from the central and northern highlands of Queensland have started their final journey to Emerald for ginning.

Although some growers experienced above-average cotton yields around Emerald, growers suffered one of the most severe droughts in recent memory.

With around 70,000 bales expected to be gin processed starting in the 2020/21 season, Mr Jones said the last cotton season has been a very long one.

“Around Emerald, we are probably only about a third of our normal cotton production, compared to a normal season and this is mainly due to the dry season and the low level of the Fairbairn dam last year” Mr Jones said.

“In terms of yields, it was a mixed season. Some of the early cottons yielded up to 20 bales per hectare, which would be a record for this area and probably many other areas where they had water.

“The late sown crops were probably a bit disappointing and by the time we had more water it was too late. Yields of this late sown cotton averaged only about five or six bales per hectare.

Thousands of bales of cotton harvested at the end of the 2021 season fill the grounds of the Emerald ginning plant ready for processing. Photo: Ben Harden

Producers in the central highlands started without water allocation in early 2020, and although there was cotton grown early along the Nogoa project, there was no allocation from the dam until until they get rains later.

Mr Jones said that despite the dry weather impacting the area planted, the impact on cotton quality was minimal.

“Limited water usually limits the amount of plants growers can plant rather than the quality,” he said.

“If we have a dry spring and early summer we will probably have a similar number of balls to what we got this year, but if it rains we could have a bigger season than normal because the prices cotton are good. “

With north and west Queensland producing around 20,000 bales of cotton last season, Mr Jones said cotton yields in the north were sharply increasing.

“Yields around Mareeba and the southern Tablelands are improving. Producers are looking to expand and try to develop a cotton industry in the north,” he said.

“This season, we expect about 450,000 hectares to be planted, although this may increase if it rains more,” said Mr. Kay.

: “At this point, there will be approximately 370,000 hectares irrigated and 80,000 hectares of arid land. Despite changes in trade with China, global markets are good with demand ensuring good prices, currently at around $ 620 per bale for next season.

“Based on our interviews with our producers, we estimate that over 30% of next season’s production has already been sold from producer to merchant.

Mr Burnett said that while the rain in many areas has helped some, areas like Emerald could definitely have more rain.

“For the coming season, we forecast a national cotton harvest of 4.5 million bales, which is a significant improvement over the 600,000 bales grown in 2020 or the 2.8 million bales last season.” Mr. Burnett said.

“With the growth of cotton producing areas in the Northern Territory and Washington State, we believe the industry will have an even greater impact on the economy, creating more jobs and benefits for people. communities in every growing region. “

Want to get daily news highlights delivered to your inbox? Subscribe to Queensland Country Life bulletin below.