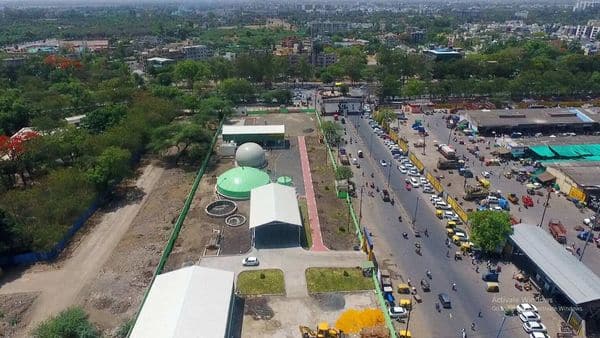 The city of Indore in Madhya Pradesh was declared the cleanest city in India for the fifth time in a row as part of the Centre’s 2021 Swachh Survekshan Award on Saturday. While Surat (Gujarat) and Vijaywada (Andhra Pradesh) took second and third positions respectively, as the Center announced the results of its latest annual cleanliness award.

Among the Indian states, Chhattisgarh ranks first as the country’s cleanest state. While Varanasi got the first position in the category of the cleanest cities of the Ganges.

President Ram Nath Kovid presented the 2021 Swachh Survekshan Awards to the country’s cleanest cities and states on Saturday in Vigyan Bhawan in the nation’s capital.

A total of 4,320 cities participated in the 2021 edition of the Swachh Survekshan.

Cities are generally rated using a star system and this year 342 cities, an increase from 56 in 2018, would be awarded certificates under certain stars. This includes nine five-star cities, 166 three-star cities, and 167 one-star cities.

* Thank you for subscribing to our newsletter.