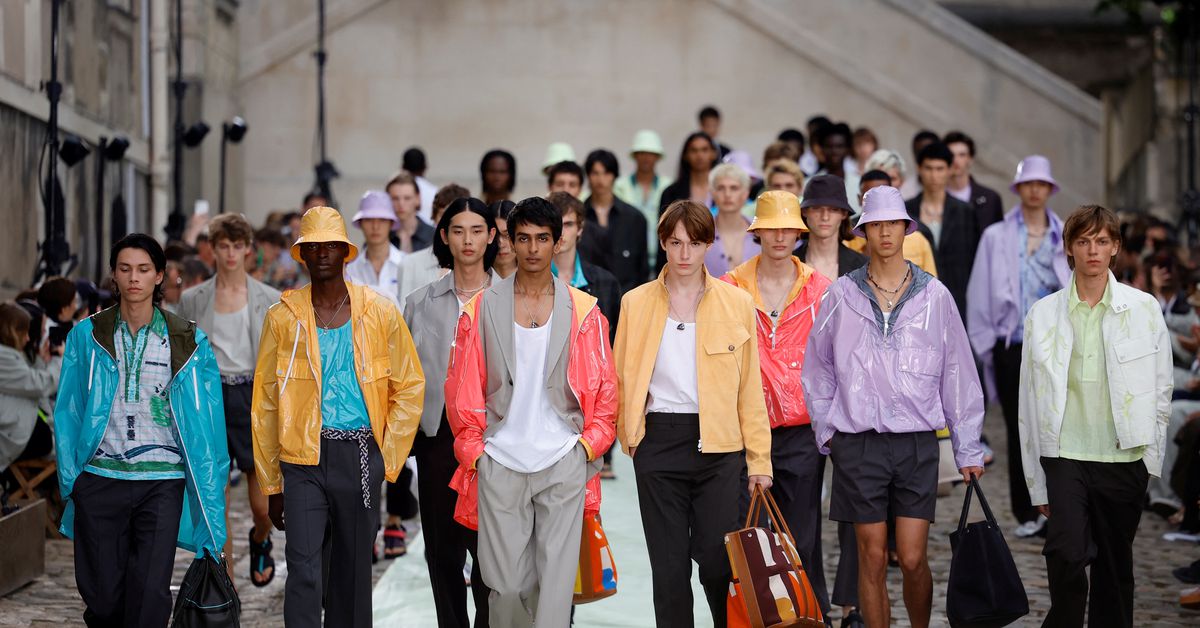 Held in the open-air grounds of the Gobelins tapestry workshops in central Paris, the show opened with a sweater depicting a vibrant sunset. It was paired with dark shorts and neoprene sandals, a teasing nod to the rain-threatening Parisian sky.

There is a succession of minimalist pants and shorts, but also jackets in lilac, pink and orange technical canvas, straight zipped jackets and cashmere high-neck sweaters.

Models casually wore the brand’s Haut à sling bags, the ancestor of the iconic Kelly and Birkin handbags, which seemed to sprout at the end of their arms.

Originally designed in the early 20th century to carry horse saddles and riding boots, the designer bag has taken on a more contemporary twist with a distorted plaid pattern.

Véronique Nichanian, at the helm of the menswear line since 1988 – an eternity in the ever-changing world of fashion – sought to convey a “sensation of lightness that floats in the sun”, as described in the show notes.