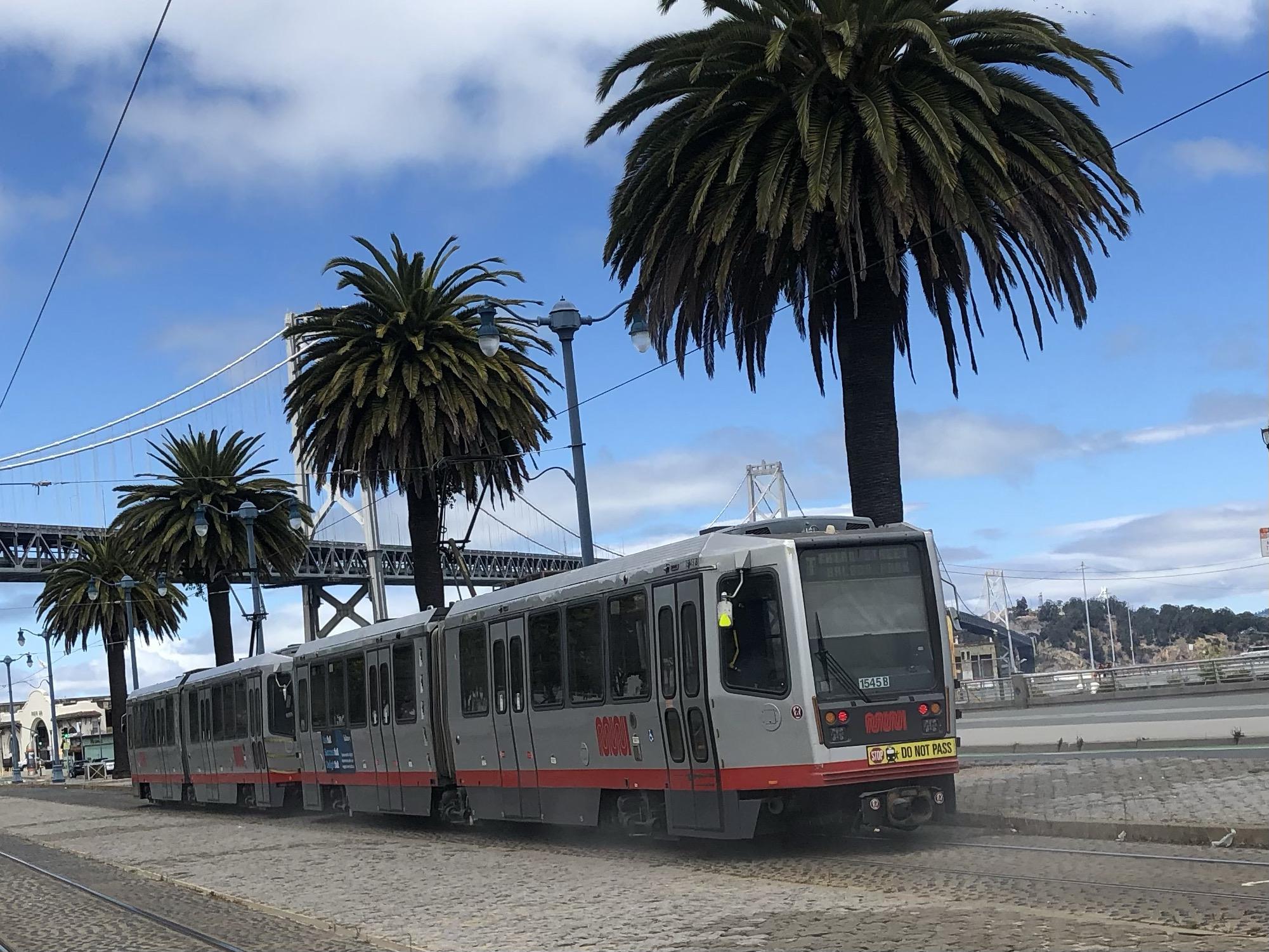 It’s July and half the people have left town. They go to France, Italy, New York, Alaska, Lake Tahoe. Did you notice? There are many more parking spaces in the neighborhood. Everyone went elsewhere.

But sometimes it is not possible to leave the city. And it’s time to be an urban explorer in your own hometown, like Magellan, who wanted to sail around the world, or Amundsen, who wanted to go to the South Pole.

Urban Explorers are a bit more limited. We’re the type to wait in the Embarcadero Muni subway station to catch a J-Church car home and see a KT train going in the opposite direction. The door opens. There are empty seats. “I wonder what it would be like to ride to the end of the line?” wonders the explorer. But the urge passes. Towards the house, a thought: Was it the classic Muni route that was not taken?

It was a quiet day in July; nothing on the schedule. So, in my role as an urban explorer myself, I decided to take the Muni KT train from one end to the other. A ride through San Francisco on a horseshoe-like train track from Bayshore Boulevard and Sunnydale Avenue to Balboa Park. About 10 miles, I guess, maybe more. It took about an hour and 10 minutes.

But it was a discovery: the line, a combination of K-Ingleside and T-Third Street, runs through the heart of seven or eight city neighborhoods, stops at the homes of the San Francisco Giants and Golden State Warriors, rumbles through San Francisco’s newest neighborhood and some of its oldest, crosses two obscure drawbridges and ducks under the Bay Bridge, past both the glittering 11-story global headquarters of Uber Technologies and the modest building occupied by the Balloon Lady, in front of a statue of St. Paul du Naufrage and another of Willie Mays. The line runs on the surface and in a metro. Sometimes it runs at 5 mph and other times at 50.

It ranges from the city’s poorest neighborhoods to some of the wealthiest. The KT line is like San Francisco. It’s not what you expect. And that’s about to change.

My journey started on the subway where the K car spun to the whirring of an electronic sign in the T, then to the end of the line in Sunnydale. It’s right on the San Mateo county line. For many San Franciscans, the county line is a bit like a border: you almost expect border guards.

On the San Francisco side, Sunnydale Avenue runs west from the last Muni train stop and into the Valley of Visitacion. Geneva Avenue in San Mateo County is just beyond. The last stop has a country atmosphere – there is a large grove of trees on the east side and San Bruno mountain rises to the south.

Change is in the air: there is talk of developing the former rail yard nearby and building housing on the site of the former Schlage lockworks. One day.

All aboard. The door closes, time to go, up the hill past Piccolo Pete’s International Deli on Bayshore, a landmark back when nearby Candlestick Park was booming, then on the edge of Little Hollywood , the best known and least known district of the city. .

The train turns into Third Street at the top of the hill, and now the towers of San Francisco appear in the distance. It’s far from the center of town – almost 5 miles on Third Street.

It’s the heart of Bayview-Hunters Point, and Third Stret is lined with restaurants and shops. The Bayview was once considered the most isolated neighborhood in the city, but the T line opened in 2007, provided an easy ride downtown, and made a difference.

A few stops later, the T is in Mission Bay, sort of the heart of a new San Francisco. The train passes the Chase Center at 16th and 3rd, rumbles through Thrive City, the headquarters of the 3rd Police Department near Mission Rock, a site considered so worthless the city once tried to give it to Mother Teresa for a homeless shelter. Not far away is Uber’s headquarters, two buildings, one 11 stories, one six, both covered in gold glass.

Then another bridge, Third and King’s baseball stadium. After that, the train runs along the Embarcadero, tall towers on one side, the bay on the other, palm trees and Muni tracks in the middle. Straight out of a picture book.

Then in the metro. Now the T turns into the K car. After roaming the surface like a streetcar, the train roars under the streets – downtown, Civic Center, the Castro, Forest Hill, 15 minutes from Embarcadero Station to West Portal .

West Portal Avenue has been the main street of a thriving commercial district for a century. The line then crosses the elegant St. Francis Circle and up Ocean Avenue, the heart of Ingleside, to end at Balboa Park.

It’s the longest Muni ride in town. But that may change in the fall, when, if all goes well, the T line goes into service and diverts to the near-completed New Central Subway at Fourth Street in Chinatown. A new change in the city that keeps changing.

Elvis Costello quits his job at a cosmetics company

All on the line for the men of Munster