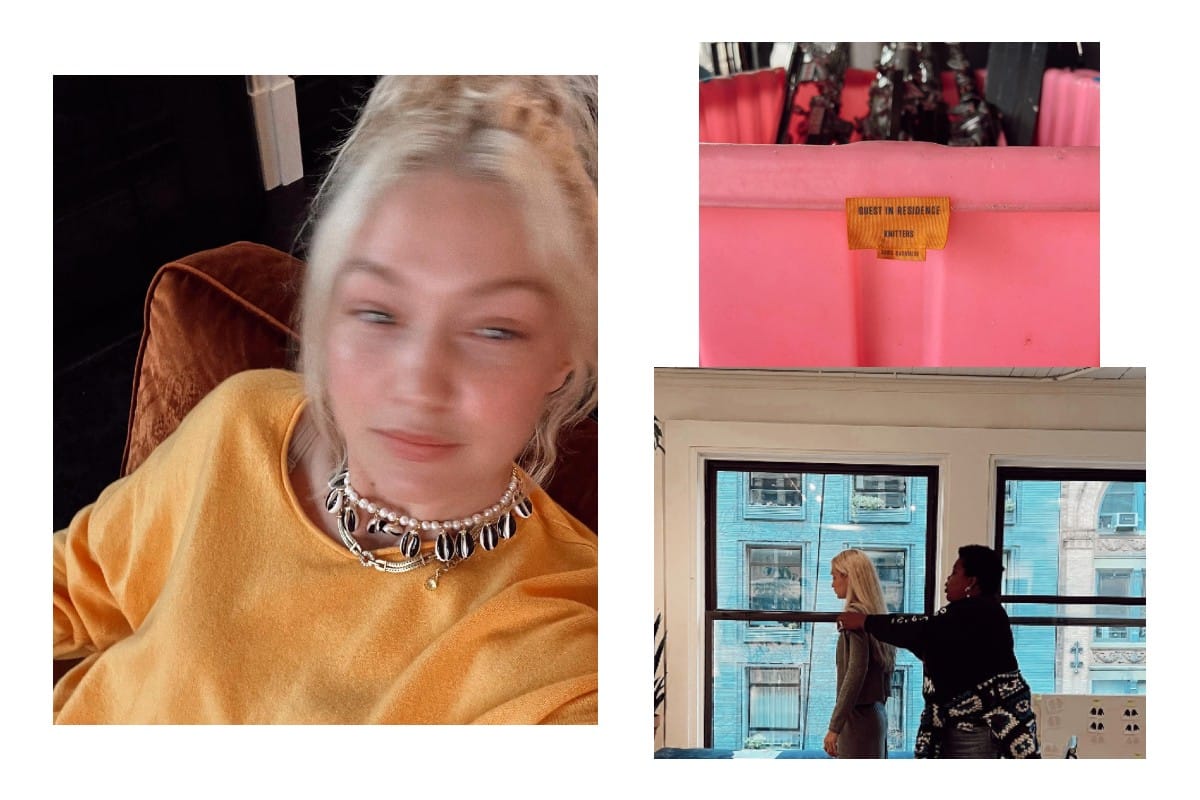 Gigi Hadid is launching her own fashion line, so now you can emulate the model’s style in real life. Overnight, the model/entrepreneur/mother/jack of all trades announced her latest project, titled Guest in Residence.

What can we expect from Guest in Residence?

Hadid’s fashion line is focused on knitwear, with her freshly minted Instagram bio proclaiming her as founder and creative director. Hadid took to the social media app to announce the new project, saying she was “working on something…” The announcement was accompanied by a selection of behind-the-scenes photos, including snaps of the model reviewing color and fabric swatches, designs and trying on the swatches – because who needs a suitable model when Hadid is the brand’s founder?

From behind-the-scenes images shared on Instagram, we see a pastel color palette as the brand’s common theme, alongside textured loungewear that puts our current work-from-home attire to shame. The brand’s clothing label is a burnt orange hue, with the official reading Guest in Residence Knitters. We can expect a range of colorful, potentially cottagecore-influenced knits that are likely to sell out quickly.

Hadid’s friends and supporters took to the comments section to congratulate her on her move, with sister Bella Hadid leading the charge saying it’s ‘what we’ve all been waiting for’, followed by a series of emojis with a pink heart. Hailey Bieber also sent her well wishes to Hadid, proclaiming her excitement alongside fashion commentator, Tan France.

Hadid is no stranger to fashion design and product lines, having previously collaborated with Frankies Bikinis on a series of cottagecore-inspired swimwear, perhaps an indication of her affinity for wool. She has also partnered with Tommy Hilfiger, Reebok and Stuart Weitzman to create her own clothing and accessory designs.

When can you buy the Gigi Hadid fashion line?

The official launch date for Guest in Residence is still under wraps, so watch this space as more information is revealed.