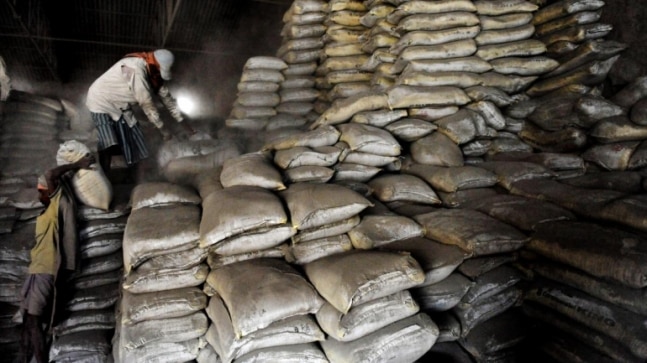 In a joint operation, senior officials of cement giant UltraTech and a team of police on Friday dismantled a false cement manufacturing unit in the village of Maghtai, in the Jagdishpur region of Agra.

According to information received by India Today TV, the owner of the plant, identified as Munendra Kumar Parmar, was producing counterfeit cement manufactured by UltraTech Cement.

The police team arrested six employees who worked at the manufacturing unit.

However, the owner of the factory has fled and the police are looking for him.

Jagdishpur Post Officer (SHO) Rajesh Kumar Pandey said the UltraTech cement team of officials came to the police station to seek help in a raid on a fake cement factory operating in the village of Maghtai.

Company representatives had come to Agra after receiving constant reports of poor quality cement being supplied to construction sites. After testing the cement, the complaints were found to be genuine and the plant was found on Friday.

They also recovered 992 packaging bags that were rejected from the godown.

A case has been registered following a complaint from Kamal Singh, deputy director of UltraTech Cement.

SHO told India Today TV: â€œThe owner of the factory was making up to Rs 150 per bag of cement. Arrested employees told us that Parmar used to buy bags of expired cement from various construction shops, then fill them with bogus materials, and then resell them in the market.

â€œAs the cement he supplied was cheaper, traders stored his false cement and sold it to construction sites. The operation was only revealed when complaints about the poor quality cement accumulated, â€he said.

Click here for IndiaToday.in’s full coverage of the coronavirus pandemic.