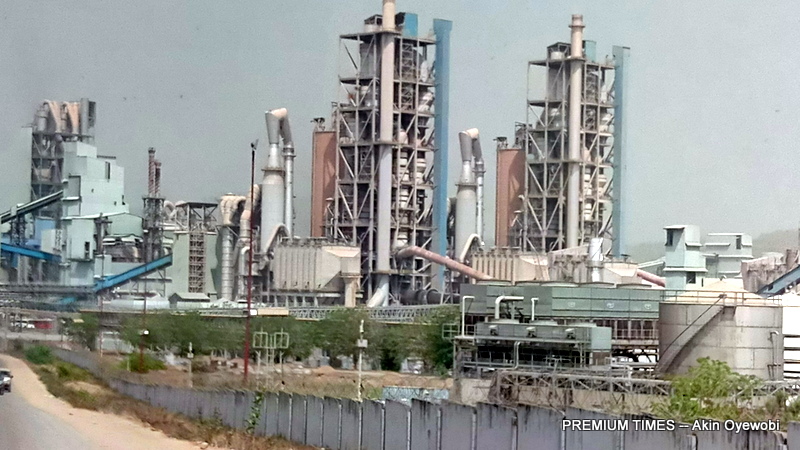 When providence beckoned Alhaji Yahaya Bello to become governor of Kogi State in 2015, on the podium of his investiture, he made a solemn promise that reads; “My administration will exist for the sole purpose of serving the best interests of the people of Kogi State to the best of their abilities. We also pledge never to lend our abilities to serve the greed of anyone or any a group, whether from Kogi State or elsewhere.” This was his pledge to the people of Kogi State and he stoically stuck to that vow. Part of that is the demand for fairness, truth and justice in the use of state resources, whether by government, organizations or individuals.

Since becoming Governor of Kogi State, Bello has displayed outstanding bravery on numerous occasions, doing the unimaginable and upending the status quo. All in all, he carries out his duties with such tact, secretive calm and utter grandeur that even the most seasoned politicians who were present before his entrance are utterly amazed and fascinated. Governor Bello is a man who does not fight without good reason. Being a brave man, he only starts a fight when there is a need to dispel many myths. Many still remember how he handled the COVID-19 imbroglio. Kogi has not experienced the socio-economic upheaval associated with the crisis management approach employed by other governors as it has shielded the Kogi people from the onslaught of COVID-19. Bello kept his cool and flew away. Unlike many of his fellow governors who couldn’t resist the scent of dollars from international donor agencies, Bello stood firm for the Kogi people as he refused to be dragged through the mud.

Governor Yahaya Bello recently grabbed the headlines once again, giving him another chance to show his outstanding bravery. This time, the Kogi government, led by Bello, faces the Dangote group, which is arguably one of the most powerful capitalist entities in Africa. In addition to upholding the law, Bello often aligns his interests with the desires of the Kogi people he fights for. He was the only governor in Nigeria who was resistant to COVID-19. He would not succumb to the lure of money because for him COVID-19 was a fraud and a ploy to siphon off public funds. He did not leave his people while the pestilence was raging; he came out to be seen and physically counted.

Many commentators are comparing the tense standoff between the Kogi state government and Dangote to Governor Yahaya Bello’s unconventional handling of COVID-19. The confrontation between the Kogi State government and Dangote is already generating strong media reactions from different quarters. As expected, many paid propagandists were recruited to shape public opinion in favor of the Dangote group. One such person is Festus “Babiyalla” Adedayo, an Ibadan-based journalist and lawyer. Festus Adedayo may have been overlooked by many people. A simple reminder is enough. He is that perennial contender for political appointment that Senate Speaker Ahmad Lawan dropped as special media adviser, after news of his nomination flooded the media space. He finally found a job. His new responsibility is to perform an ax job for the Dangote Group by spreading false information about Governor Yahaya Bello and the Kogi State government.

A misnomer perpetrated by the Dangote group in Kogi is praised and supported by people who should ordinarily be the pulse of consciousness but mortally subsumed by the greed of belly food – for how do they survive if not in running errands for their oppressors. Festus Adedayo fell so cheap for the porridge that comes from a capitalist lord and decided to spill the truth. Even with facts in his face, the hatchet dealer looked away and decided to paint white the grotesque traces of the Dangote group in Kogi. It should be noted, however, that those who turn the truth into lies will be branded as shame and infamy.

In Adedayo’s hasty run, he muddled logic and shot his payer in the foot when he wrote that “on paper the factory is owned by Dangote Industries Limited”. Formerly known as Obajana Cement Plc, it changed its name to Dangote Cement Plc in July 2010, becoming a subsidiary of Dangote Group. Obajana Cement, prior to the acquisition, was solely owned by the Kogi State government, having been incorporated in 1992. In 2010, it was listed on the Nigerian Stock Exchange. The company said that between 2007 and 2012, its founder, Dangote, invested the sum of $6.5 billion in the business and that the production and trading of cement formed a large part of the main activities of the Dangote Group. . If so, how did a company wholly founded and 100% owned by the Kogi State government long before Dangote Cement Plc enter the state become a single entity of the Dangote Group? The concession that gave the exclusive mining right to the Dangote Group recognized the state shareholding structure in the group’s board of directors, so what happened to those legal rights? There are concerns about the erasure of Kogi State’s existing legal rights in the new acquisition by the Dangote Group, but rabid undertakers like Adedayo are blind to this.

In trying to justify the unfair exploitation of the Dangote Group, Adedayo went the way of blackmail by pointing out the production capacity of the Dangote cement factory in Obajana. What he did not say was how destitute the people of Obajana are, how the factory has impoverished them, and the threatening effect the factory has on the health of the population. While the writer stirs up sentiment over the four deaths recorded in the unfortunate flood disaster, he has failed to tell the world how Dangote truck drivers sacrificed countless Kogite lives to earn billions of dollars for their business. People who use Kogi roads know that Dangote truckers only focus on delivering cement quickly and don’t care about the safety of other road users. Kogi State has seen a high number of fatalities due to the location of the cement plant in Obajana.

The media space is filled with many reports of how the Dangote Trucks sent many Kogi to their first graves. A quick Google search will reveal several. For example, The Guardian newspaper reports that on February 3, 2017, a tragedy occurred in Lokoja, the capital of Kogi State “when a truck belonging to the Dangote Group rammed an oncoming motorbike, killing the two passengers”. The victims, Caleb Idakwo and Prosper Ojodale, until their death, were students of Kogi State Polytechnic (see Guardian, 04 February 2017: https://guardian.ng/news/dangote-truck- crushes-two-in-kogi/) .

In another report entitled “Protest as Dangote truck kills four in Lokoja”, the Punch newspaper reports that “a female student from Kogi State Polytechnic and two others were killed on the spot while eight others who suffered varying degrees of injuries were evacuated to the State Specialty Hospital, Lokoja for treatment (see link https://punchng.com/protest-as-dangote-truck-kills-four-in-lokoja/).

Another media report says, “Kogi Poly students go wild as truck kills four students, others” (Vanguard newspaper: see link: https://www.vanguardngr.com/2017/09/kogi -poly-students-rampage-truck -kills-four-other-students/). According to the Vanguard newspaper report “More than five people were reportedly killed in Lokoja on Wednesday when a truck loaded with cement belonging to Dangote Cement Company, Obajana allegedly hit a ‘Keke NAPEP’ tricycle some distance from the Polytechnic of State: Among those killed were three schoolchildren and a few occupants ‘Keke NAPEP’ on their way to school, including a student from Kogi State Polytechnic…”

Many people, including “Babiyalla” Adedayo, are asking why Bello is acting now, after spending seven years as governor of Kogi State. Let me ask, is there a bad time to do the right thing? The Dangote Group is undoubtedly one of the most sophisticated corporate entities in Africa, and Obajana Cement is one of its biggest investments in Nigeria. Asking such a company to do the right thing takes tact and strategy. Rather than being reprimanded, Bello should be applauded for standing on the side of justice and the Kogi people. As a courageous leader, Bello deploys his tact whenever he sees fit. If successive governors, as Adedayo claims, “still get from every bag of cement that comes out of the Obajana plant,” then Bello has once counter-demonstrated, just as he did during the COVID debacle. -19, that he is more for the Kogi than his personal pocket.

If you want to know how Dangote Group treats Kogi State and its people with disdain and contempt, you just need to visit any of the tertiary institutions in Kogi State including State University from Kogi (now Prince Abubakar Audu University), Anyigba; Kogi State Polytechnic, Lokoja, College of Education, Ankpa, Confluence University of Science and Technology, Osara, among others. There is no evidence that the Dangote Group is socially responsible towards the Kogi. The Kogi deserve mutual respect when it comes to corporate social responsibility, as he did at Bayero University in Kano and Ahmadu Bello University in Zaria. The golden egg hen deserves a habitable shelter.

Without appearing to be the mouthpiece of the Kogi government, but a bonafide scion of the state, I therefore conclude by saying that what the present government of Kogi state, under the leadership of the Governor Yahaya Bello, simply says has nothing to do with the person of Mr. Aliko Dangote or restricting investments but asking to know when, how a mining entity and licenses, Kogi state-owned CofO and its people are become entirely in Dangote and by what consideration? Not too much of a question for a business guru like Dangote. Obviously using the media to keep a clean posture cannot bury this obvious scam of the good people of Kogi State.

Of Nigeria’s many national challenges, which do you think the next president should focus on first?

Support the integrity and credibility journalism of PREMIUM TIMES

Good journalism costs a lot of money. Yet only good journalism can guarantee the possibility of a good society, an accountable democracy and a transparent government.

For free and continued access to the best investigative journalism in the country, we ask that you consider providing modest support to this noble endeavour.

By contributing to PREMIUM TIMES, you help sustain relevant journalism and keep it free and accessible to everyone.