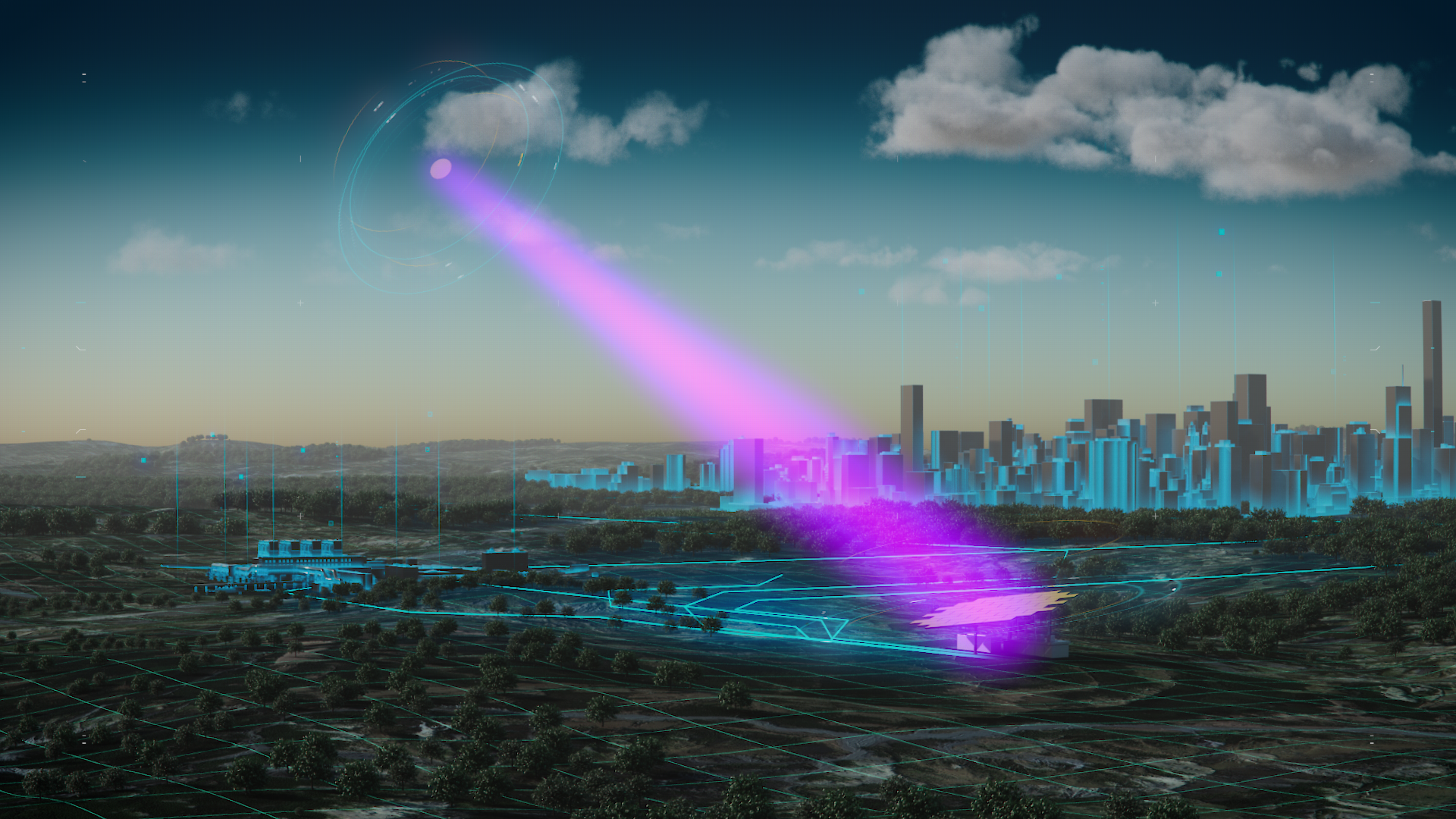 Solar energy has accumulated far away in space, seen here beaming wirelessly back to Earth where it is needed. ESA plans to study the key technologies needed to make space solar power an operational reality through its SOLARIS initiative. One such technology, wireless power transmission, was recently demonstrated in Germany to an audience of business and government decision makers.

The demonstration took place at Airbus‘X-Works Innovation Factory in Munich. Using microwave radiation, green energy was transmitted between two points representing “space” and “earth” over a distance of 36 meters.

The energy received has been used to light up a model city, produce green hydrogen by splitting water and even produce the world’s first 0% alcohol beer that is wirelessly cooled in a refrigerator before serving it at the audience.

For a working version of a space solar power system, solar power satellites in geostationary orbit would harvest sunlight continuously 24/7 and then convert it to microwaves at low power density to transmit them safely to receiving stations on Earth. The physics involved means that these satellites would have to be large, on the order of several kilometers to generate the equivalent power of a typical nuclear power plant, and the same goes for the collector “rectennas” on the Earth’s surface.

Achieving this vision would require technical advances in areas such as in-space manufacturing and robotic assembly, low-cost, high-efficiency photovoltaics, high-power electronics, and radio frequency beamforming. Further research to confirm the mild effects of low-power microwaves on human and animal health and compatibility with aircraft and satellites would also be undertaken.

ESA SOLARIS – proposed to European space ministers during the Agency Council at ministerial level on 22 and 23 November – carry out research on these technologies, in order to allow the Member States of the Agency to make an informed choice on the future implementation of Space solar energy as a clean, always-available new ‘baseload’ energy source, complementing existing renewable energy sources, helping Europe reach Net Zero by mid-century.

Furthermore, any breakthroughs achieved in these areas will also benefit many other spaceflight projects as well as terrestrial applications.