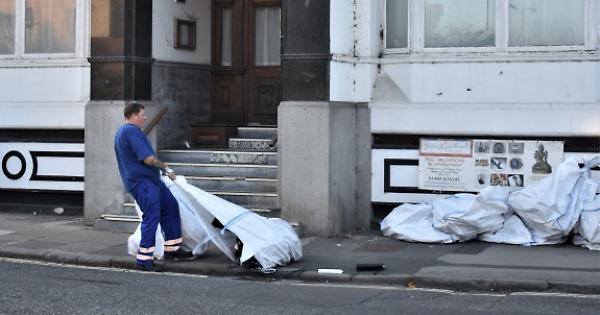 SUSPECTED cannabis plant has been discovered inside a disused Henley hotel.

Police attended the Imperial Hotel on Station Road on Sunday after being told there was a ‘cooking’ smell and noise of movement inside.

Officers used flashlights to search the building overnight, and several police cars were parked outside.

There was still a police presence on Monday and by late afternoon there were vans outside to which two men were carrying equipment and heavy white bags.

Thames Valley Police said they responded to reports of “suspicious activity” and that a quantity of cannabis had been recovered. No one was arrested but the investigation was continuing.

The 20-room Imperial closed in 2006 and has been empty ever since.

The hotel, which was known as the Edwardian in the 1980s, is a Grade II listed building and was purchased by Dr Raymond Crockett over 25 years ago. Built at the end of the 19th century to attract the attention of tourists arriving by train at the station opposite, the hotel sits in a row of shops, formerly known as the Imperial Parade.

In 2014, Dr Crockett partially restored it and had planned a new restaurant in an orangery at the rear of the building and a new modern bar area in the former premises of Talbot Taxis, but the hotel never reopened.

Before it closed, a starred chef tried to buy it to turn it into a bar.