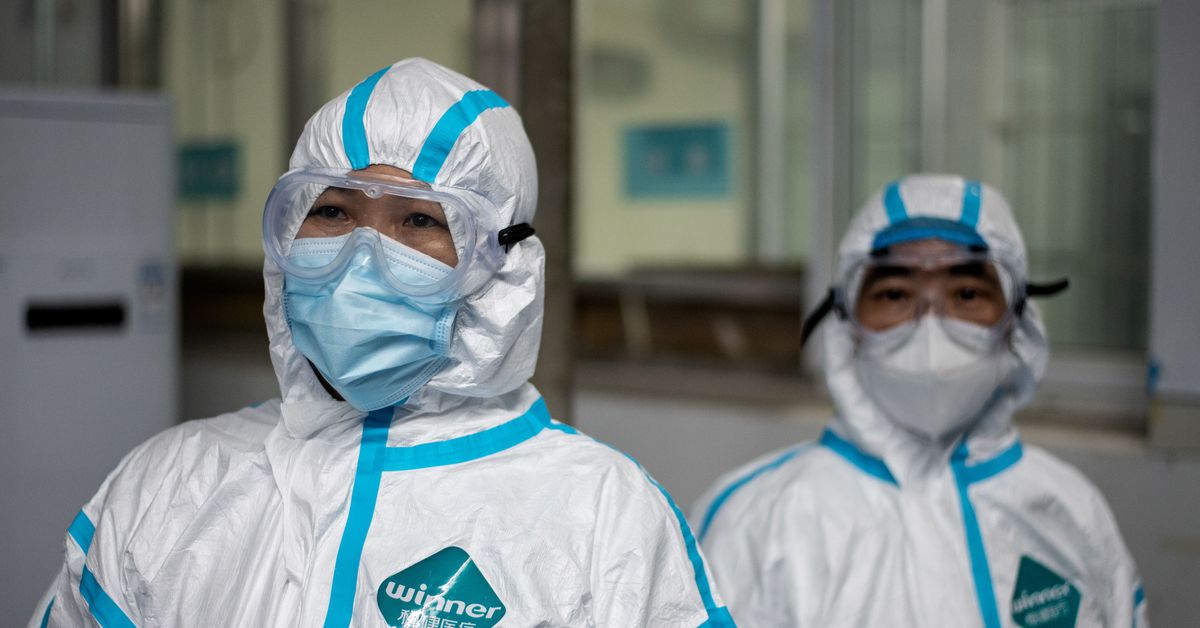 China’s lies about the coronavirus and America’s

It is the story of two governments. Both faced a potential catastrophe – a deadly new epidemic. The two have made choices that the world will judge.

China. The virus first appeared in a Wuhan “wet market“, a department store (apparently common in China) that displayed live and newly slaughtered animals nearby. SARS and bird flu are also believed to originate in these markets, posing a continuing threat to global health.

From the first reported case, on December 1, 2019, until January 5, 2020, the Chinese government engaged in a cover-up operation. As National Review’s Jim Geraghty recounted, in early January, China’s National Health Commission banned reporting on the new disease. On December 30, Dr. Li Wenliang sent a message to other doctors warning them that a disease similar to SARS was spreading. He was arrested (along with six other people) and forced to apologize for “spreading rumors”. (Dr. Li Wenliang died of COVID-19 on February 7.)

In early January, as cases increased, the Chinese government released calming statements suggesting that the new pneumonia was not transmitted from person to person. As late as Jan. 15, after Thailand and Japan reported their first cases, official government sources denied that human-to-human transmission had been proven, saying the risk was “low.”

It wasn’t until January 23, six weeks after the first case, that China announced a Wuhan quarantine. By that time, millions of people had come and gone in the city during the peak holiday season, with cases being reported in Vietnam, Singapore, Hong Kong and South Korea.

UNITED STATES. President Donald Trump has himself embarked on a series of soothing statements. On January 22, after the first case was reported in the United States, he said: “We have it totally under control.” On February 2, he boasted that “we’ve pretty much shut it down from China.” Twice in February, the president promised that “when we go into April, in warmer weather – it has a very negative effect on that and this type of virus.”

On February 26, when the number of cases surpassed 60, Trump said, “We’re going very noticeably down, not up.” In South Carolina on February 28, Trump compared criticism of his handling of the pandemic to impeachment, saying “this is their new hoax.” On March 6, he continued this theme. Facing criticism for his false claim that “anyone who wants a test can take a test,” Trump tried to string together a “fake news” / Ukraine theme. He said the tests were “magnificent”, adding: “The tests are all perfect, like the letter was perfect, the transcription was perfect, right?” When asked if he was concerned about the spread of the virus on March 7, the president replied, “No, we did a great job.”

Throughout the first 10 weeks of the pandemic, Trump has praised China effusively, as The Bulwark’s Jim Swift recounted. On February 7, for example, Trump said, “Great discipline is underway in China as President Xi is forcefully leading what will be a very successful operation. We are working closely with China to help! A few days later, he shared with Fox News his take that “China is very, you know, professionally run, in the sense that it has everything under control. I really believe they’re going to be in control pretty soon.

China. When the lies were no longer tenable, the Chinese government pivoted. Using their propaganda weapons, they released videos of China building new “hospitals” (they were actually “pre-fabricated quarantine rooms”, not fully equipped hospitals) and smoking public spaces. This was followed by big gestures like the donation of millions of face masks to affected countries like Spain, South Korea, Iran and the Philippines. Jack Ma, CEO of Alibaba, shipped one million masks and half a million test kits to the United States

UNITED STATES. When the lies were no longer tenable, President Trump pivoted. Two days after claiming the disease was under control, Trump declared himself a “wartime president” and said “I always knew this was real – it’s a pandemic. I felt it was a pandemic long before it was called a pandemic. Trump has started appearing daily at press conferences with public health officials – a framework he controls, in which each attendee must begin with a full eulogy of himself. He also turned to China, abandoning creamy praise in favor of provocative blame.

China. Relentless propaganda praising Prime Minister Xi’s great leadership in the fight against the coronavirus could be successful with many Chinese. Will the world remember the criminal dishonesty that arguably started this plague?

UNITED STATES. By constantly downplaying and denying the seriousness of the threat, President Trump has cost the American people precious time. By fostering a false sense of security, it has prevented federal, state and local governments from preparing for the worst emergency we have faced in 100 years. Will the world remember the criminal dishonesty that allowed this plague to hit us so hard?

Mona Charen is a senior fellow at the Center for Ethics and Public Policy.