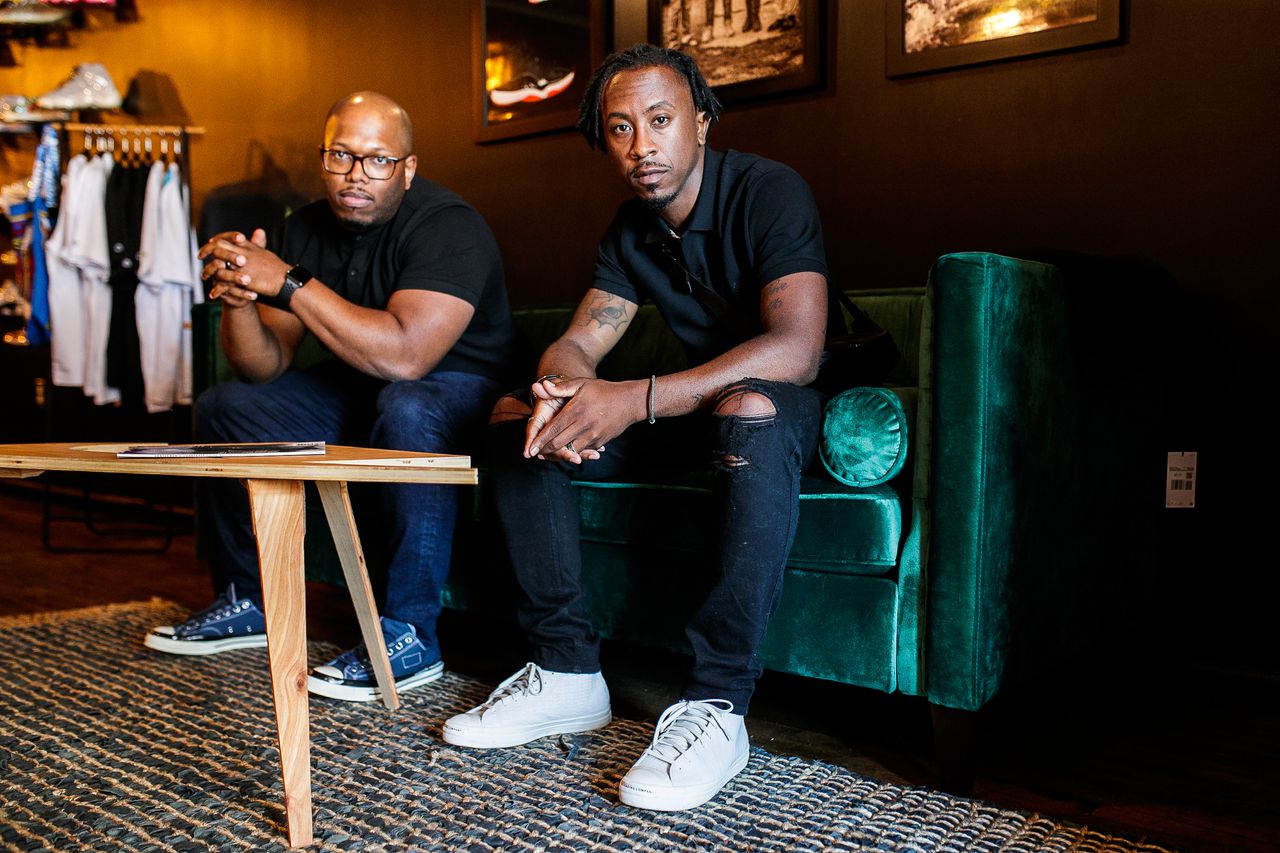 It’s the same style that influenced some of the world’s most famous designers, including Virgil Abloh, the Louis Vuitton artist and Off-White who died of rare cancer last year.

Every BAU-HOUSE design decision was intentional, as co-owners Lee Grant Allen and Antonio Forte II will tell you.

BAU-HOUSE opens its doors to the public on Saturday June 18 from 11 a.m. to 6 p.m. There will be giveaways, sales and informal space tours, all topped off with a TELFAR goodie bag.

The store even pays homage to Abloh, who became one of the most prolific design collaborators of the modern era.

BAU-HOUSE has an all-orange face in Buckham Alley that suddenly transforms into a minimalist, art gallery-like “residential” space to collaborate and hang in front of the “retail” part of the store which features shelving and tables bespoke from designers throughout Michigan.

It is owned and operated by two Flint natives and best friends who grew up in the area together, along with their minority partner Keith Chaney.

Allen and Forte used to challenge each other artistically when they were kids. The two remembered stories from scribbles on a piece of paper during a Sunday church sermon.

Years later, they worked together at Journeyz in Birch Run, where they collected hundreds of pairs of Nike Dunk sneakers, and first conceptualized the idea of ​​running their own store.

“We were like, ‘One day we’re going to have our own brand,'” Forte said. “I called (Allen) and said ‘Bro, I know we’re in the middle of a pandemic but…if we’re going to do it like this, now’s the time we have to do it.'”

Both were very into fashion, sneaker culture and design. When the COVID-19 pandemic started and sneaker resale skyrocketed, Forte called Allen and told him the time had come to make their dream a reality.

The name BAU-HOUSE was born from two ideas: Bauhaus and house parties. The duo always preferred a house party due to its laid-back vibe, so combining the two was a no-brainer.

“You might not know everyone there, but you know there’s someone you’re cool with, so it’s not too uncomfortable,” Allen said. “…It’s a bribe. So that’s the vibe here.

BAU-HOUSE will feature exclusive brands like Fear of God, Rhude, Pleasures, Yeezy and Bodega alongside rotating local brands like My810, Soulmate Apparel, comfe and GoodBoy.

The store features a collection of over 200 exclusive, limited-run sneakers from Nike, Jordan, Yeezy and more.

Allen was a managing partner of GoodBoy Clothing and now works to continue Mixon’s legacy through the collaboration.

Allen, who was already setting up BAU-HOUSE on the ground floor, took over Mixon’s former space on the building’s second floor along Saginaw Street downtown. Allen now runs Mixon’s former brand and plans to offer GoodBoy products in the BAU-HOUSE.

It continues Mixon’s legacy by renaming GoodBoy Clothing to Good, with a macron on the first “o” serving as both a halo for Mixon and an ode to the BAU-HOUSE brand.

“Our vision is just aligned with what we’re trying to do for the city,” Allen said.

Allen and Forte have transformed the GoodBoy Clothing space upstairs into a collaboration/art exhibit space for local designers to create custom pieces, host gatherings, learn from each other and share their work.

Part of the appeal of the BAU-HOUSE is that most of its clothing is exclusive 1:1. These are custom made stuff by artists who hand sew the fabric into streetwear.

BAU-HOUSE even issues certificates of authenticity for its exclusive pieces.

“It’s the atmosphere of the store. When we bring brands, I can have three small, three large and three medium,” Allen said.

“Clothes and shoes are secondary to your interaction with people, creating culture, and building community,” Allen said. “That’s what space really embodies.”

(Note: BAU-HOUSE has a macron, or straight line, above the “O”. The special character is not supported on this website.)

Read more on The Flint Journal:

Flint’s superintendent wants to ask the Mott Foundation for help. Will the council let him?