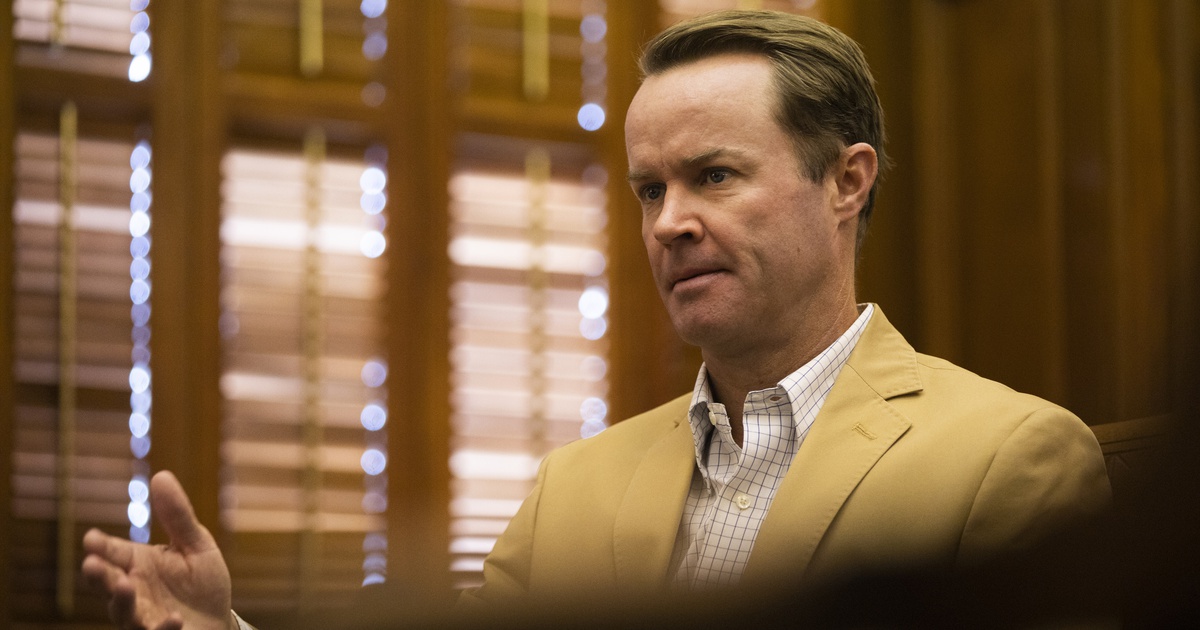 To follow the latest developments on the Texas Legislature, sign up to receive our weekly newsletter from the Legislative Assembly.

Lawmakers let the program, known as Chapter 313, expire at the end of this year after the Senate refused to consider a bill extending it. It was the first time in its 20-year history that lawmakers decided not to renew the program.

“We need to consider long and hard how we are going to reinstate the Chapter 313 tax arrangements,” Phelan said Thursday in San Angelo. “We will come back and we will work well together, the House and the Senate. We will have a more transparent version of 313, with more responsibility, more control. I firmly believe we can do it.

The program works by lowering local school district property taxes for businesses, and its supporters say it has played a key role in attracting big companies like Tesla and Samsung to Texas. Critics on both sides say such companies were already coming to Texas regardless and that the program amounts to “corporate welfare.”

Last year, the House passed a bill to extend the program for two years, but the Senate never debated it. Lt. Gov. Dan Patrick has been relatively quiet on the future of the program, as has Gov. Greg Abbott, who ignored some calls last year to add reviving the program to his special session agendas.

Phelan’s interest in saving the program is not entirely new. He tweeted in February that the legislature will prioritize “developing a program to replace Section 313, an incentive program crucial to attracting businesses to Texas.”

Speaking at the West Texas Legislative Summit in San Angelo, Phelan called the program “very dear to my heart” and said it has served this state “very, very well.” He noted how this spurred the growth of the oil industry in his southeast Texas district.

“If other states didn’t have it, we wouldn’t need it, but they do,” Phelan said at the summit.

Earlier Thursday at the same event, the topic of Chapter 313 was addressed by a panel of eight lawmakers, and most expressed support for the program continuing in some form.

State Rep. Travis Clardy, R-Nacogdoches, said it was a “short-sighted decision” by the Legislature not to extend the program. He acknowledged there is a “normal and natural pushback” against the program that argues, he said, that it is up to the government to “pick winners and losers and play favorites”.

“I understand that position, but I really think for Texas, we need to continue in a program like this,” Clardy said. “We need to make sure that taxpayers’ money is used wisely, that there is control and transparency — yes, we absolutely have to. But we need the 313 tool… no matter what. I think we need to go back, put that in there.

“We need to keep that in our toolbox to keep rural communities viable and add that competitive advantage,” Kacal said.

Among some panelists, however, there was more caution. State Representative Mary González, D-Clint, alluded to concerns that Chapter 313 distorts the state’s public school funding system.

“Whatever we do in the future, I think A, should not be positioned against public education or any other vital service like this health care,” González said, “Secondly, I think he should have greater fairness, accountability and transparency.”

State Representative Glenn Rogers, R-Graford, said he was against reviving the program in its current form. He was among those who voted to remain last year.

“I don’t think 313 is going to exist, but we will have a more simplified version, I believe, that will emerge that will be better,” Rogers said. “But I wouldn’t support keeping 313 as it is, but I would certainly look for other ways to promote economic development in rural communities.

With the program due to expire at the end of this year, companies have scrambled to secure applications before then. This means the program will continue to grow for at least the next decade – and grow significantly.

Recent nominees include Samsung, which sought Chapter 313 tax relief to potentially build 11 new chip manufacturing facilities in the Austin area, according to the Austin American-Statesman. Samsung has already announced plans to build a semiconductor plant in Taylor, outside of Austin.

Disclosure: Samsung Semiconductor financially supported The Texas Tribune, a nonprofit, nonpartisan news organization that is funded in part by donations from members, foundations, and corporate sponsors. Financial supporters play no role in the journalism of the Tribune. Find the complete list here.

When you join us at The Texas Tribune Festival From September 22-24 in downtown Austin, you’ll hear from changemakers driving innovation, lawmakers supporting new policies, industry leaders moving Texas forward, and more. others. Check out the growing list of speakers and to buy tickets.