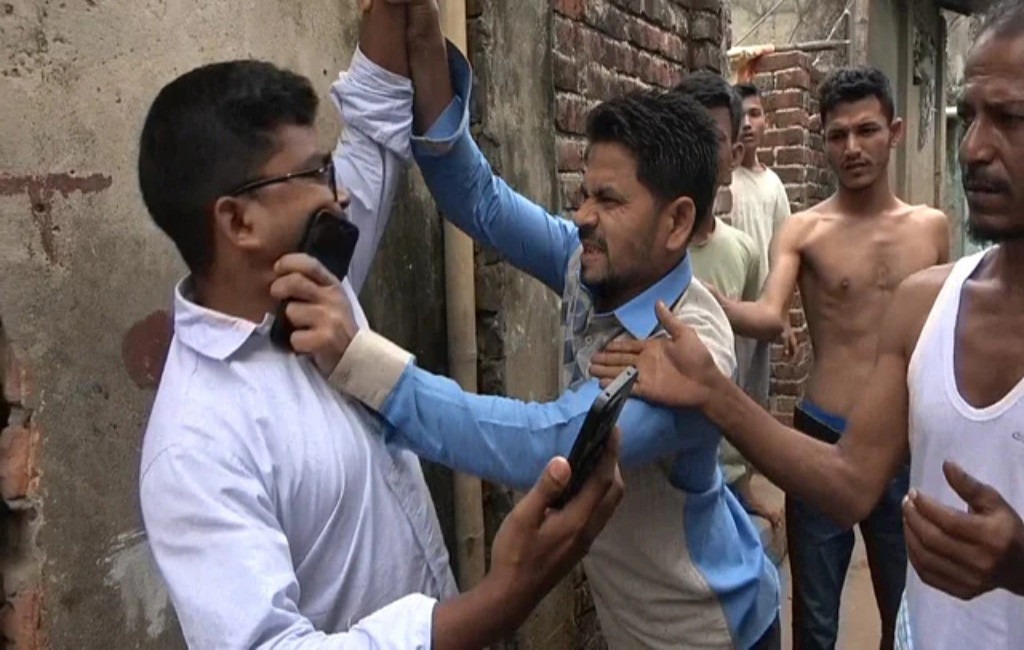 On the evening of Friday May 13, a group of teenagers stabbed Chowdhury, editor of the private daily Dainik Agrabani Pratidinin the central city of Narayanganj, according to news reports. The teenagers also stabbed Uddin when he tried to intervene, the sources said.

Separately, on the morning of May 8, the brother of a local shark oil factory owner assaulted Nihad, Mahajan and Halim, respectively chief reporter, reporter and cameraman for the private news site. Territorial newsas the three reported on the alleged smuggling of shark products in the southeast town of Cox’s Bazar, according to the Dhaka Grandstand and Nihad, who spoke to CPJ by phone. Nihad told CPJ that a local businessman threatened the three journalists while they were reporting in the area the previous day.

“Bangladesh authorities cannot allow these wanton attacks on journalists in Narayanganj and Cox’s Bazar to go unpunished,” said Steven Butler, CPJ’s Asia Program Coordinator in Washington, DC. “Attacking journalists amounts to a fundamental attack on the Bangladeshi people’s right to information. Authorities must conduct prompt and impartial investigations into both incidents, hold the perpetrators accountable and prioritize the safety of journalists. »

On May 13, Chowdhury was returning home when a group of teenagers blocked his way and stabbed him in the right side of the abdomen and in the hand, according to news reports. The teenagers accused Chowdhury of posting news critical of them in Dainik Agrabani Pratidin, which had reported on a clash between two gangs of armed teenagers, according to these sources. The teenagers stabbed Uddin when he tried to help Chowdhury, the sources say.

The Bangladesh National Police did not respond to CPJ’s email request for comment on the Narayangai attack, and CPJ could not find contact details for the Narayangai police.

Syed Sifat Al Rahman, general secretary of the Narayangaj City Press Club, told the Dhaka Grandstand that the police had inspected the scene of the incident, but had not yet registered a case against the attackers. Rahman did not respond to CPJ’s call and WhatsApp message seeking comment.

In another incident, on the morning of May 8, Nihad, Mahajan and Halim were filming outside a shark oil factory in Cox’s Bazar when Mostaq Ahmed, the factory owner’s brother, ran in front of Nihad, grabbed his throat and choked. him, slapped him against his ear, pushed him against a wall and broke his phone, according to Nihad and a photo of the incident he provided to CPJ, posted above.

Ahmed then charged at Hakim, grabbed him to prevent him from filming, pushed him against the wall and broke his camera, Nihad said, adding that Ahmed also pushed Mahajan during the incident.

Ahmed fled the scene when residents arrived, Nihad said, adding that police arrived at the scene in about 10 minutes.

Nihad told CPJ that his throat and the back of his head were in severe pain from the incident and that he had seen a doctor at a local hospital. Salim suffered scratches, but Mahajan was not physically injured, Nihad said.

Nihad told CPJ that on May 7, the day before the attack, Gura Mia, a local businessman with ties to the factory and an alleged shark products smuggling racket, threatened Nihad, Mahajan and Halim while they were reporting in the area. Mia told the three reporters that if he caught up to them again in the area, he would “cut [their] bodies and dump them in the ocean,” according to Nihad.

On May 9, the Sadar Model police station filed a first information report, which opens an investigation, against factory owner Ahmed and Mia in connection with the assault, according to Nihad and a copy of the report, which CPJ reviewed. The report charges the three men with forcible confinement, unlawful assembly, willful injury, attempted murder, robbery and criminal intimidation.

Nihad told CPJ that police raided the Cox’s Bazar area on the night of May 8 but were unable to locate the three defendants, who have since gone into hiding.

Mohammad Abdul Halim, the investigator in charge of the case, and Sheikh Monirul Gias, the officer in charge of the Sadar Model police station, did not respond to CPJ’s requests for comment sent via the messaging app.