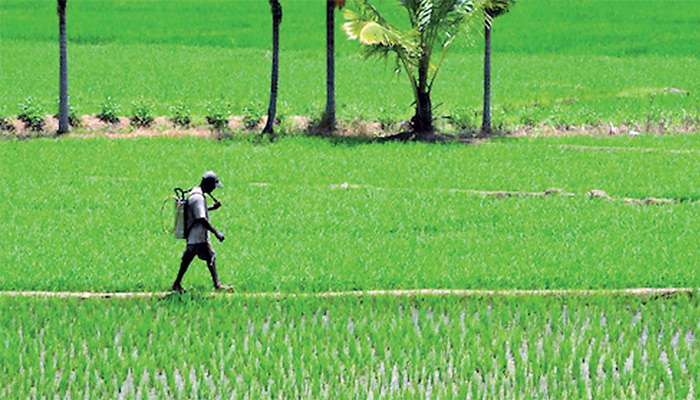 Import ban on fertilizers: an unusual decision to destroy a viable business

Many plantations that already have slim margins between production costs and income will have to close, causing unemployment – Photo by Shehan Gunasekara

â€œBill Gates is obsessed with fertilizers. â€œI go to meetings where this is a serious topic of conversation,â€ he wrote. â€œI have read books about its benefits and the problems associated with its overuse. This is the kind of topic that I have to remember not to talk about too much at cocktail parties because most people don’t find it as fascinating as I do.

â€œWhy the fascination? He explains that 40% of the planet’s inhabitants owe their lives to higher agricultural yields that have only been made possible by fertilizers. It was the literal fuel of the Green Revolution, which helped lift hundreds of millions of people out of poverty. (From “The Truth We Hold” by Kamala Harris)

I must be one of the many agricultural associates who read the proposed fertilizer import ban with disbelief. I thought it was a stupid rumor that went viral, but alas, it looks like the government is seriously considering implementing this ban.

One of the alleged benefits of the ban is the saving of foreign currency. It is an extraordinary claim. How can there be a net saving of foreign exchange if the decline in export earnings exceeds the cost of importing?

Where is he from ?

I worked as a tea planter for over 17 years, in what were probably the heyday of the tea industry, before nationalization. One of the most basic lessons I learned was that the tea plant relies heavily on nitrogen and, to a lesser extent, potash, to maintain its yield. Take away those inputs and the yields will collapse in no time. Lower yields mean reduced exports and reduced foreign exchange earnings. They also mean an increase in the unit cost of producing each kilogram of tea. Many plantations that already have slim margins between production costs and income will have to close, causing unemployment.

It is claimed, in some quarters, that organic fertilizers such as compost will fill the gap. Compost has a very low nitrogen content of around 2-3%. Compare that with urea which contains 50% nitrogen. For each kilogram of urea applied, you will need to apply about 20 kg of compost to obtain the same amount of nitrogen.

Where does all this compost come from? I have heard that there is a lot of chicken manure. Is that so? My impression is that all the chicken manure in the country is already bagged and sold as compost, mainly for horticulture. If it weren’t so, there would be mountains of chicken manure near every poultry farm.

The practicality of using compost as a substitute for artificial fertilizers does not seem to have been taken into consideration. Take tea as an example. One hectare would need about 400 kg of urea per year to provide 200 kg of nitrogen. To apply the equivalent amount of nitrogen will require 8,000 kg of compost per hectare per year. A plantation of around 500 hectares would require 4 million kg of compost! At 25 kg of compost per bag that would make 160,000 bags. This must be produced, transported, stored on the plantation in bags and spread over the tea fields.

Spreading the compost alone would be a monumental task. Consider that the 160,000 bags of compost will need to be transported to various convenient locations on the plantation. How many man-days are needed to spread it over all the tea fields? To argue, let’s say a man can roll out 20 bags a day. Spraying alone would absorb 8,000 man-days. This would be equivalent to employing 40 men per day for 200 days. It is pure nonsense.

If the compost is dry, dust will fly everywhere including the surface of the bush. If there is no rain, it will stay there and be harvested with the fresh tea leaf. Will tea buyers be happy to buy Ceylon tea with a pinch of compost? If, on the other hand, the compost is wet, it will be very unpleasant and difficult to handle.

Looking at the island-wide demand for compost, Sri Lanka has 222,000 hectares of tea. To apply compost to this area, the country would need 1,760,000 tonnes of compost. Where will this huge sum come from? Perhaps an import of compost is being considered! It must be remembered that we are only considering nitrogen! What about phosphates and potash? These are essential elements for growth. It must also be recognized that compost acts very slowly, unlike artificial fertilizers.

Also keep in mind that we only considered tea plantations. What about rubber, coconut, paddy, vegetables and horticultural businesses? We are looking at maybe 4 to 5 billion kg of compost per year.

Stop … before it’s too late

Has anyone looked at the plight of the fertilizer factories that employ a fairly large number of people? Will they find another job? Factory owners will necessarily suffer heavy losses when their core business is shut down. Are we creating a stable climate for long-awaited foreign investment with this kind of unusual decision that shrinks a viable business with the stroke of a pen?

We, who have the best interests of this island at heart, can only ask that this decision to stop the importation of fertilizers be overturned. If currency savings are needed, why not turn to luxury items like expensive SUVs?

(This article is part of a factual and scientific advocacy campaign by the Federation of Environmental Organizations (FEO), a nonprofit that seeks to develop an informed debate on the issue of organic farming and the ban to import fertilizers to Sri Lanka. As an environmental organization, we applaud the effort to transition to more environmentally friendly and healthier food production, however, we are convinced with the scientific community that the transition must be well planned, progressive and piloted first in a geographical area or a crop of choice before being deployed in the agricultural sector in general.)